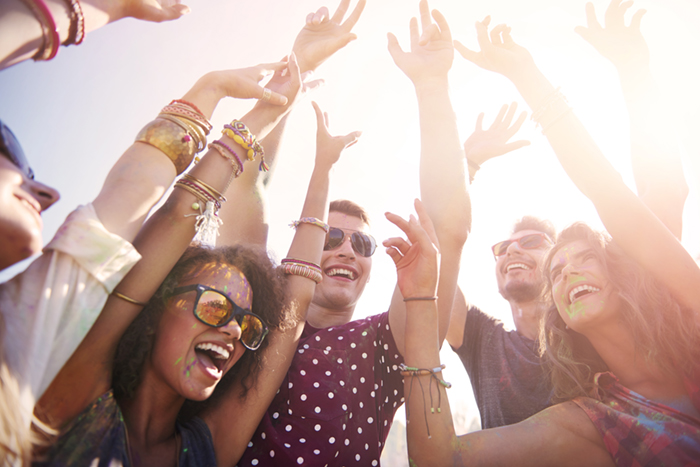 I recently had the opportunity to visit a church in the Carolinas and give the sermon. The main passage in the Revised Common Lectionary for that day was in Luke 15. This chapter has three stories about lost things.

Whether Jesus was talking about a lost sheep, a lost coin, or a lost son, he masterfully wove these stories together with the theme of rejoicing and celebrating by throwing a party.

After finding the lost sheep the Shepherd says:

And when he comes home, he calls together his friends and neighbors, saying to them, “Rejoice with me, for I have found my sheep that was lost” (Luke 15:6 ESV).

After the woman finds her lost coin, she follows the same pattern:

When she has found it, she calls together her friends and neighbors, saying, “Rejoice with me, for I have found the coin that I had lost” (Luke 15:9 ESV).

And it’s even a bigger deal when the prodigal returns home:

But the father said to his servants, “Quickly, bring out a robe—the best one—and put it on him; put a ring on his finger and sandals on his feet. And get the fatted calf and kill it and let us eat and celebrate;  for this son of mine was dead and is alive again; he was lost and is found!” And they began to celebrate (Luke 15:22-24 ESV).

The object of celebration in these stories is abundantly clear—the joy of a rescued sinner whose heart is turned toward his or her heavenly Father. And the earthly celebration is augmented by the party that is happening in heaven of the angels before the presence of Father, Son and Spirit. This is a good place to pause with wonder. When a person comes to their senses and understands their belonging as a son or daughter to the divine Father, that they are already loved and accepted in Jesus, and they take hold of this reality, the only response is to celebrate and throw a party.

In 2019, the regional gatherings in the U.S. are being called Regional Celebrations. Though the past conferences have been good and informative, we want to go beyond conferring and sharing information; we want to join together in a spirit of joy and to have a festive spirit of a God-honoring party.

As believers, we have more to celebrate than any other people on earth. The sense of rejoicing over our salvation, over the relationships we share in the community of the church, and over our enduring focus is that we anticipate the hope of the lost sinner being rescued and participating in the party that happens on earth and in heaven.

A Healthy Church is a church that regularly celebrates and throws parties over people who were lost but now are found. Let’s continue to celebrate the Good News. 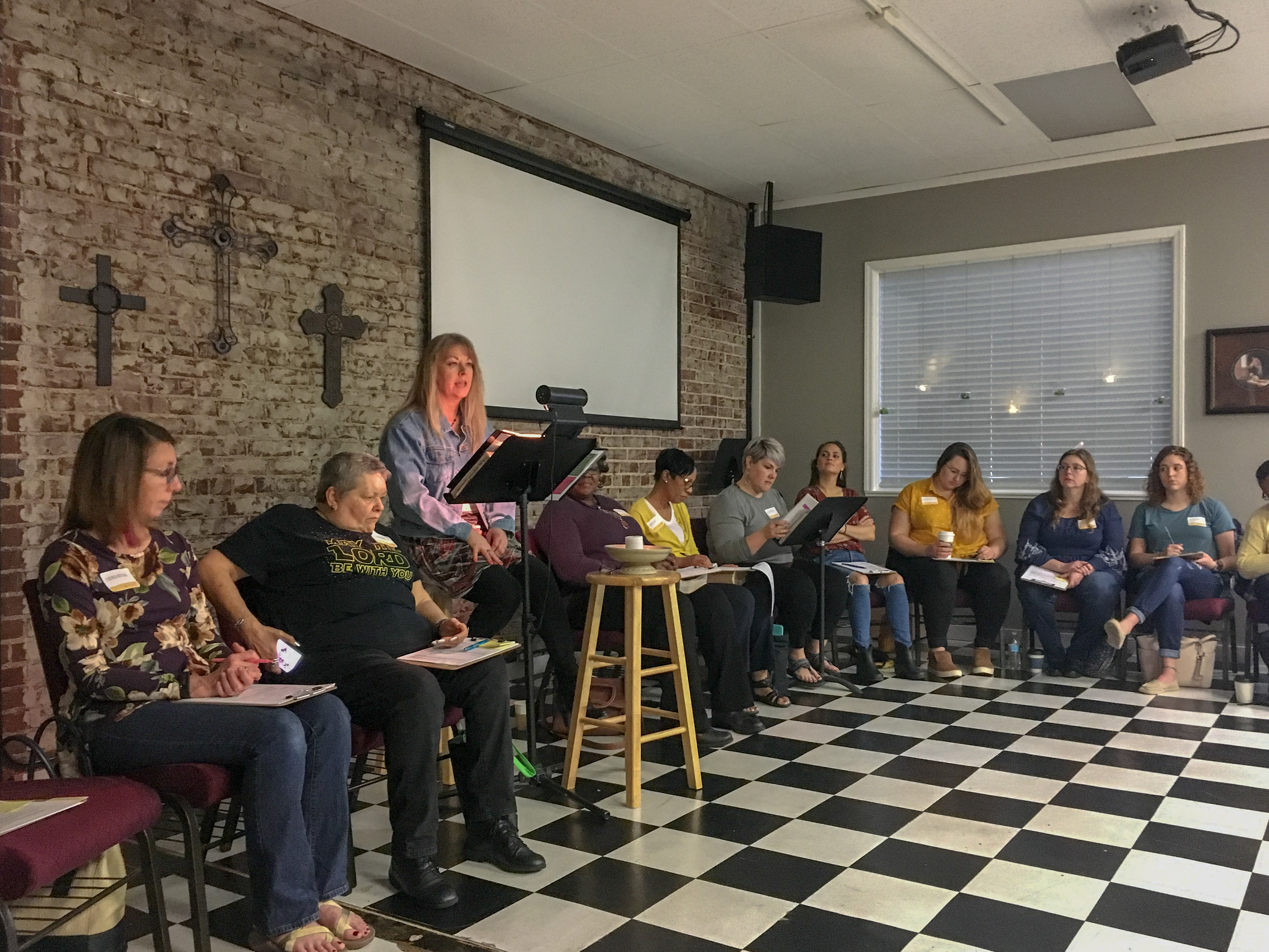 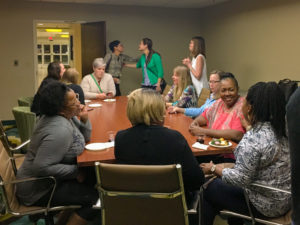 From being greeted at the hotel door, and meeting new faces the first night, to the end when we all knew each other’s name and felt like sisters in Christ, the Women in Church Leadership Forum held in Hickory in April, was a delight and honor to participate in.

Pastoral Resident Elizabeth Mullins hosted and led the group of women leaders from the Southeast US. In our opening session, we discussed the importance of a women-only development gathering, and the nuances between different phenomena like inhibition and prohibition. We spoke about the importance of understanding belonging in Christ. Fellowshipping with a group of like-minded women from different areas and backgrounds helped us understand our experiences better, to then better lead others as well. 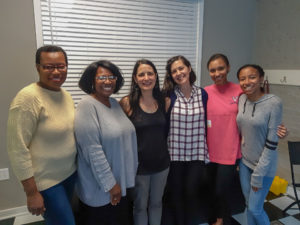 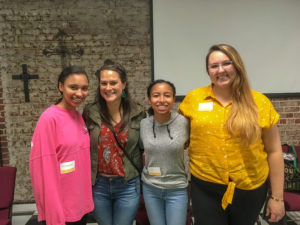 The forum was co-hosted by Assistant Pastor Davina Winn, who led us Saturday morning in a spiritual meditation practice. We had an open discussion about our experiences while meditating and listening to the voice of the Holy Spirit instead of listening to our inner critic. Davina shared her own story about finding her authentic voice in leadership.

As a group we shared our church leadership stories, exploring our challenges while encouraging our sisters with advice and affirmation. Elizabeth led us again in a discussion on mentorship and gave resources for mentorship development, as well as the opportunity to form a cohort group in which we can have intentional ongoing support for one another. 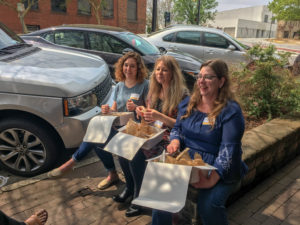 We had some downtime to fellowship between sessions and unpack individual discussions together. During our lunch break, many of the ladies explored beautiful downtown Hickory and local establishments near the GC Hickory church building, where the forum was held.

Our final discussion focused on detaching from praise and criticism and reframing feedback and conflict. With Elizabeth’s guidance, these conversations helped the group rethink our roles and actions while working as part of a leadership team. 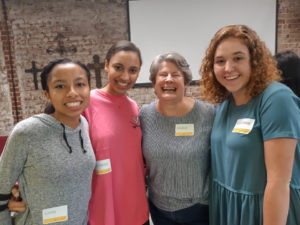 Afterward, each participant was encouraged to give anonymous feedback. Some highlights from the exit survey included appreciation that everyone had a voice and was given time to share their authentic stories.

The entire forum was organized to be a beautiful balance of learning and listening, while also highly participatory and discussion based. We loved the sister circle and appreciated the safe environment where everyone could be open and transparent. It was a unique opportunity to network with other women in GCI church leadership and celebrate the diversity of our female leaders within the church.

Harvest Your Blessings! Don’t miss out on registration for the North Central or East Celebration.

In 2019, GCI will host Regional Celebrations in the USA:

Click the image below to for more information and registration options. 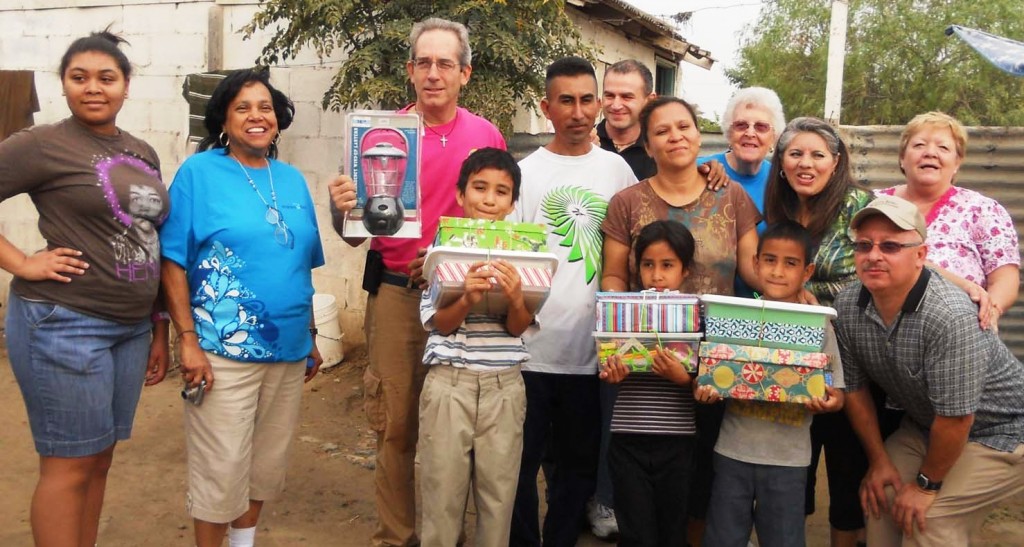 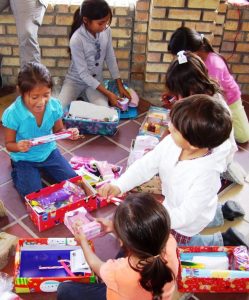 We have openings for anyone age 15-99 to come along on our summer mission trip to Mexico.  Our 27th trip will be June 22-30.  Please consider for yourself and let others know about this opportunity.  Details at:  www.cbmission.org

We need a camp host(s) for the summer trip — one or two people to stay at camp on the U.S. side of the border and cook meals and do some laundry.  Very important support for the mission trip!  Let us know of anyone interested and we can discuss in more detail.

For our winter trip Dec. 6-9, we need additional shoebox gifts for children in Mexico.  We thank God for people in various churches, clubs, 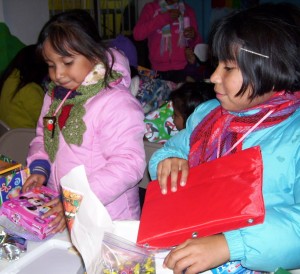 school groups, neighborhoods who send/bring us shoebox gifts every year.  But our number of boxes has decreased lately, and we could use an additional 400-500 boxes.  Could you organize a group to pack and send gift boxes that we hand-deliver to needy children in Mexico?  For more info, click on Shoebox tab at: www.cbmission.org. 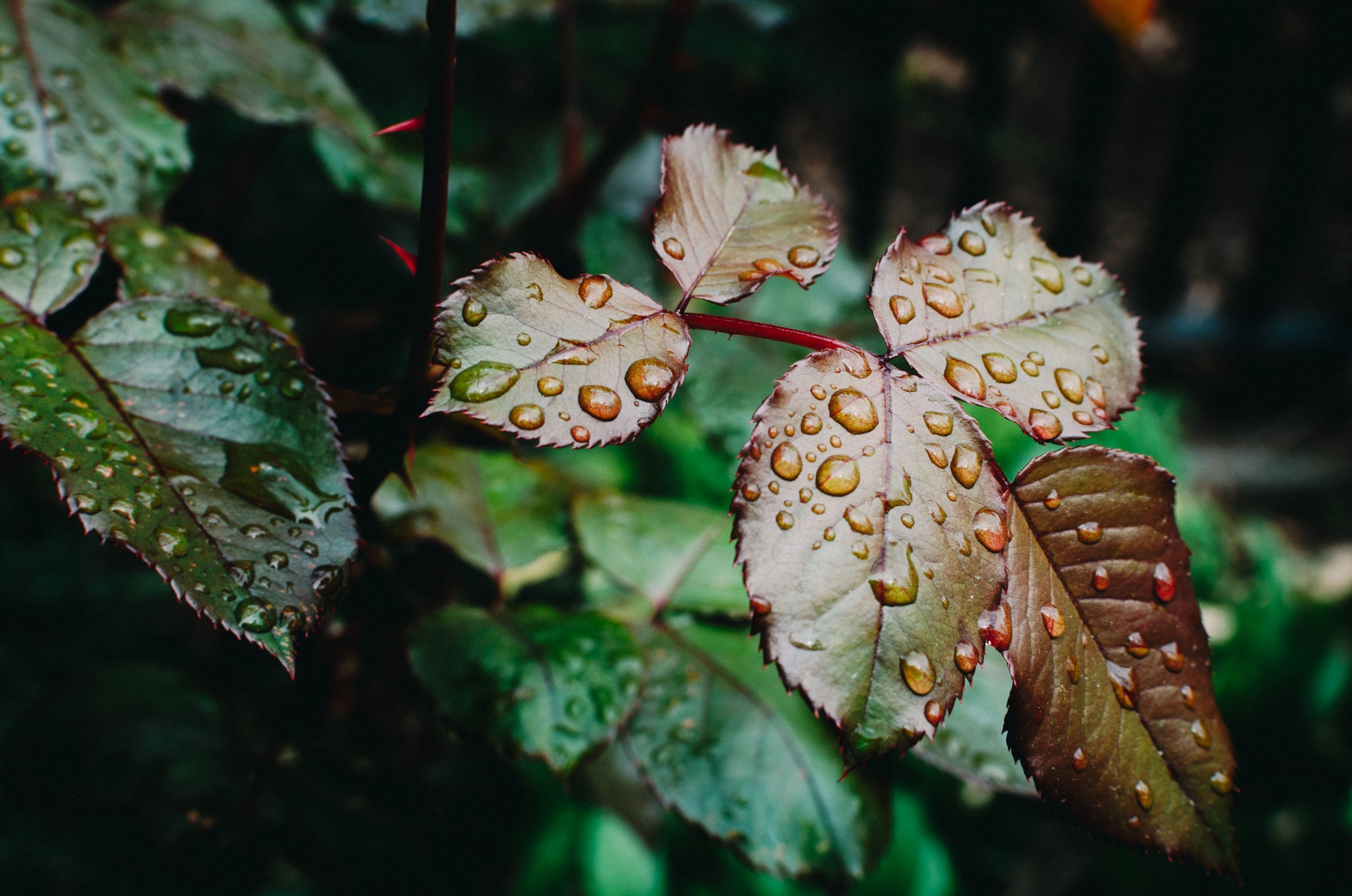 But he said to me, “My grace is sufficient for you, for my power is made perfect in weakness.” (2 Corinthians 12:9a ESV)

How often do we find ourselves crying out to God without the response that we expect? If you have ever found yourself in this situation, you are in good company. The apostle Paul found himself in this exact situation. On three occasions he prayed for what he called “a thorn in the flesh,” possibly a physical ailment. Paul never received the response he wanted, but rather a declaration from the Lord.

“My grace is sufficient for you, for my power is made perfect in weakness.” As we face the struggles, sorrows, and shortcomings in our lives, we often need to be reminded that in Jesus, God has penetrated our humanity to the core of our being. He stood in our place, clothed in our flesh and has reconciled us to the Father. Yes, his grace is sufficient! We can be encouraged in the fact that he shared in all that we are. Amid our difficulties, we can trust in His sufficiency for us and allow for his power to be revealed in our weaknesses.

Prayer: Lord Jesus, I ask that by your Spirit you give me the peace that will soothe my soul in every situation. May you grant me the understanding of the sufficiency of your grace and the strength that I need amid my struggles to experience you at a deeper level.

We Are GCI Series is a collection of videos in which various GCI leaders and members are highlighted.
In this episode, GCI Associate Pastor Linda Sitterley shares a little about herself and why she likes to serve in GCI, as well as why her hoppy taste buds are her guilty pleasure.

Click on the image below to learn about GCI Pastor Aron Tolentino. 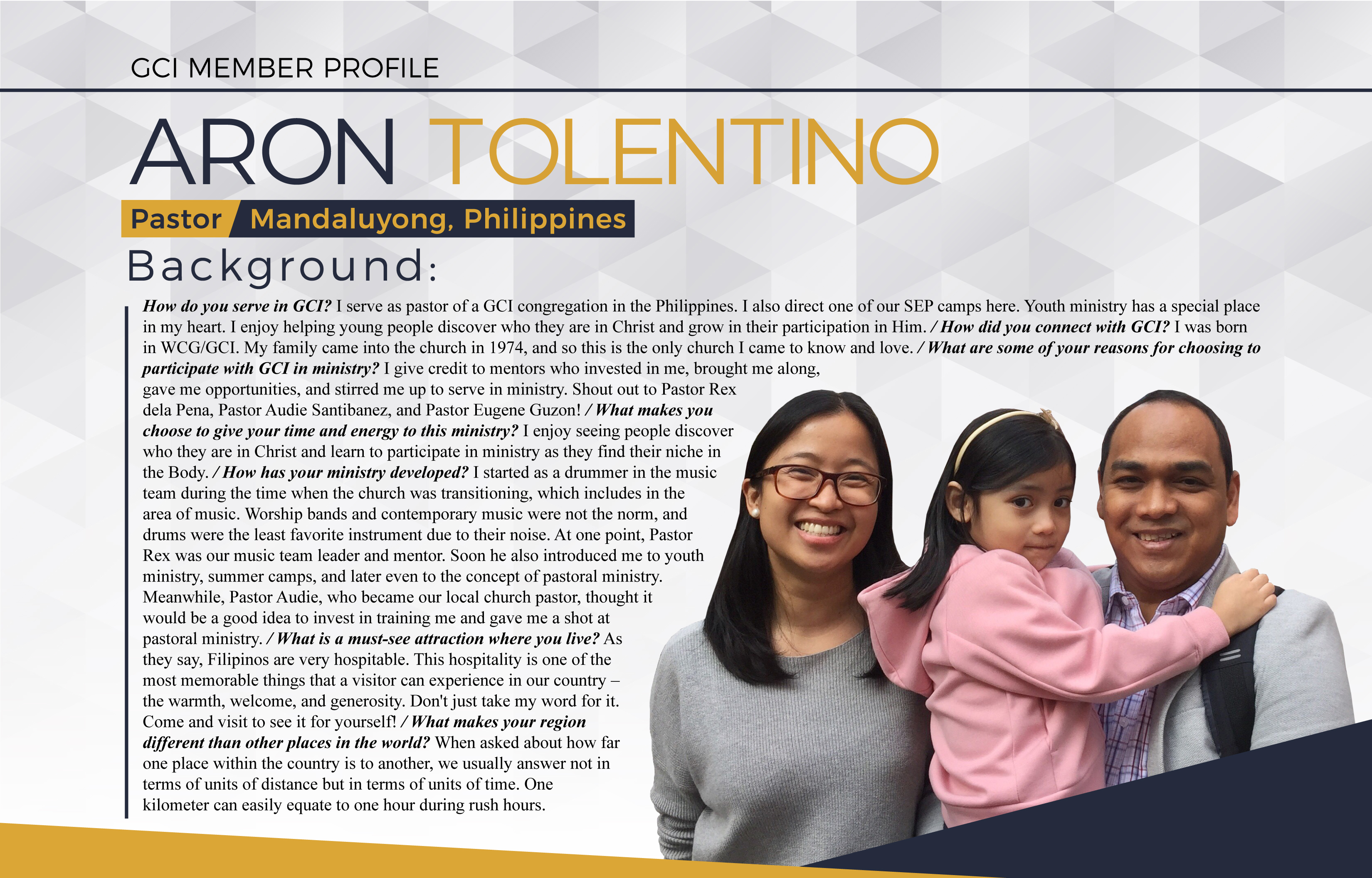 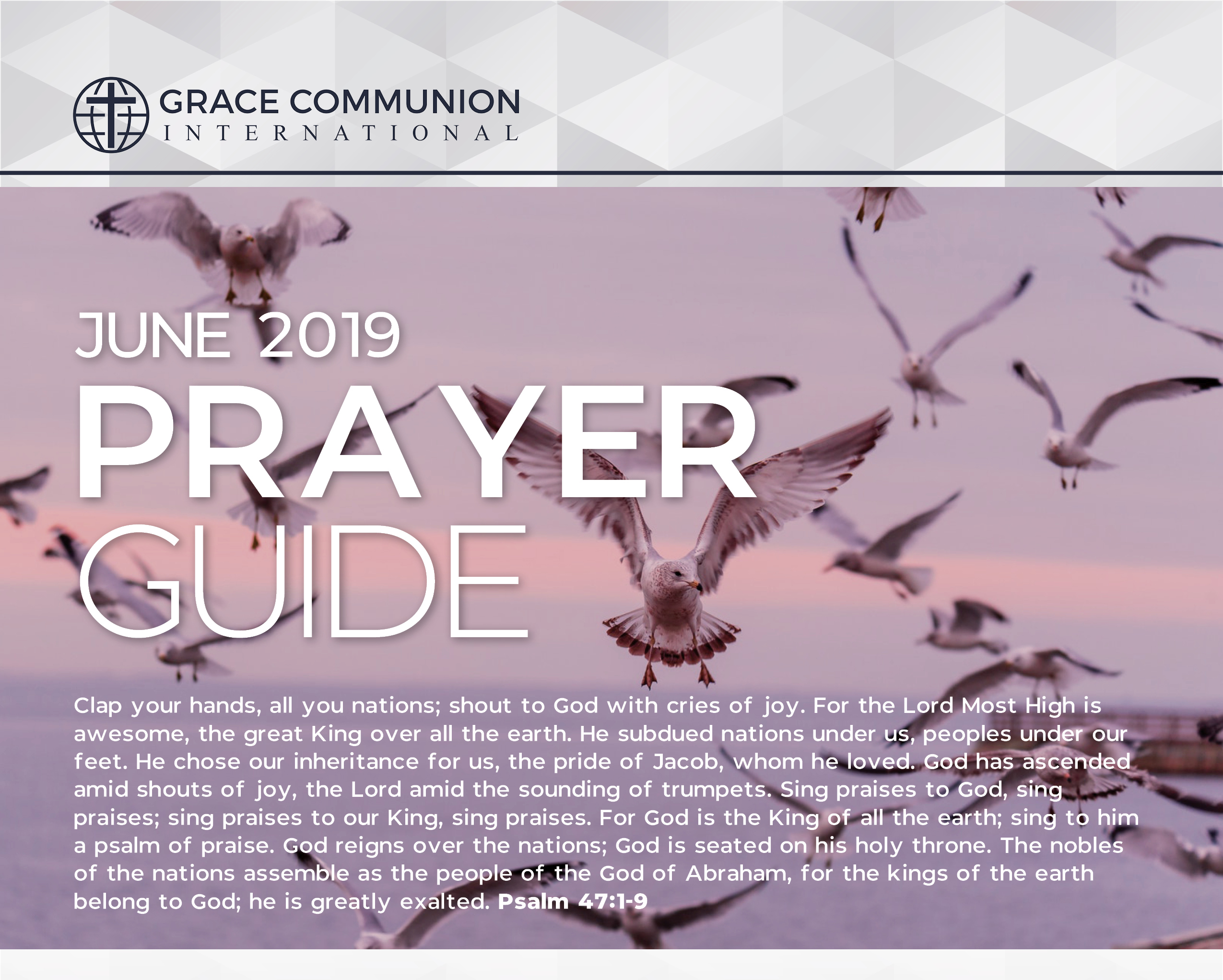