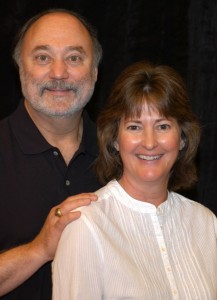 I read in the news recently how scientists have made some advancement in the technology that makes objects invisible. A “cloak of invisibility” has long been the stuff of science fiction. But now, it seems, researchers have demonstrated that they are able to engineer materials that redirect light waves around a three-dimensional object, making it invisible. They have also made similar breakthroughs with sound waves. More and more, it seems that yesterday’s fantasy is becoming today’s reality.

Sadly, although these inventions might have peaceful applications, technological breakthroughs are often made in the context of war and aggression. We humans have an insatiable appetite for weapons that are ever more sophisticated and for the assured means to protect ourselves against them. As Isaiah 59:8 tells us, the nations of this world do not know the way to peace. Weapons are a major item in world trade and the principal export of some economies. Some governments force their people to live in poverty, or even starvation, while they spend their resources on building improved armies.

By contrast, Jesus is the Prince of Peace and his kingdom’s “principal export” is to show the world the way to peace. As Jesus reassured Pontius Pilate, the kingdom of God did not pose a military threat. “My kingdom is not of this world,” he said. “If it were, my servants would fight.”

Nevertheless, Jesus did not intend the establishment of his kingdom to be a covert operation. He said, “You are the light of the world. A town built on a hill cannot be hidden. Neither do people light a lamp and put it under a bowl. Instead they put it on its stand, and it gives light to everyone in the house. In the same way, let your light shine before others, that they may see your good deeds and glorify your Father in heaven” (Matthew 5:14-16).

The kingdom of God has no need for a “cloak of invisibility” that bends light so that it cannot be seen. On the contrary, we are called to a life of visibility – a life of reflecting the light of Jesus so that the world may see him in us.

However, sometimes I think that some of us could make good use of that other technology that suppresses sound waves. Sometimes the noise we make gets in the way of the light we are called to reflect. So much of Christian communication seems to be inspired primarily by John the Baptist, Elijah or the Old Testament prophets. A large part of their responsibility was to “cry aloud and show my people their sins” (Isaiah 58:1). Some Christians seem to regard their primary service as condemning the sins of others, being accusers and holding others in contempt.

But such a posture fails to even fully reflect the calling of these prophets much less those who know and live on this side of the finished work of Christ – who has inaugurated his kingdom of righteousness and peace with God and our neighbors. While the Gospel will always call for repentance, a turning away, our first word of witness should sound forth the grace, forgiveness and transforming power of our good and faithful God made available to us through the reconciling work of Christ. The mark of the Christian, then, is faith hope and love, because our God is for us in Jesus Christ in whom we put our trust.

2 thoughts on “A cloak of invisibility?”