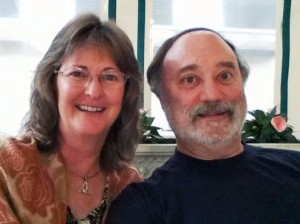 Many of you know that when I travel I like to extend greetings in the native language. I enjoy going beyond a simple “hello,” but when I do I sometimes mess up a nuance or subtlety in the language. Though I’ve picked up some words in several languages over the years and have learned some Greek and Hebrew in my studies, English remains my heart language, and so it’s the language in which I pray.

Thinking about prayer reminds me of a story. There was a man who desired to pray the best prayer he could. Being a Jew, he was aware that traditional Judaism stresses praying in Hebrew. Being uneducated, he did not know Hebrew, so he did the only thing he knew to do—in his prayers he recited the Hebrew alphabet over and over. A Rabbi overheard him praying that way and asked what he was doing. The man replied: “The Holy One, Blessed is he, knows what is in my heart. I give him the letters, and he puts the words together.”

I believe God heard that man’s prayers—his primary concern is the heart of the one who prays. Words are important too, for they convey meaning. God, who is El Shama (the God who hears, Psalm 17:6), hears prayer in all languages and understands the subtleties and nuances inherent to any of them.

When we read the Bible in English, it’s easy to miss some of the subtleties and nuances of meaning conveyed in the Bible’s original languages (Hebrew, Aramaic and Greek). For example, the Hebrew word mitzvah is typically translated into the English word commandment. But from that perspective, God tends to be viewed as a stern taskmaster who administers burdensome decrees. But mitzvah speaks to God giving his people honor and privilege, not burdens. When God gave the Jews his mitzvot he set before them blessings that come through obedience in contrast with curses that come through disobedience. God was saying to his people: “This is the way I want you to live so you will have life and be a blessing to others.”

The Jewish people were honored and privileged to be in covenant with God and were eager to serve him. God graciously instructed them as to how to live in that relationship with him. It is with this relational perspective that we should approach the topic of prayer.

Judaism interpreted the Hebrew Bible as requiring formal prayers three times daily plus additional times on the Sabbath and festival days. There were also special prayers before meals, putting on new clothes, washing hands and lighting candles. There were special prayers when seeing something unusual (a majestic rainbow or other extraordinarily beautiful scene), when crossing paths with a king or other royalty, or when encountering the site of a great tragedy (battle, earthquake, etc.). There were special prayers when something extraordinarily good or bad happened, and before going to bed at night and upon arising in the morning. Though this approach to prayer might become ritualistic or burdensome, its intent was to facilitate constant communication with the One who watches over and blesses his people. The apostle Paul captured that intent when exhorting Christ-followers to “pray without ceasing” (1 Thessalonians 5:17 KJV). Doing so means living life before God with the conscientious intent of being in Christ and joining him in ministry.

This relational perspective does not mean doing away with set times and structured approaches to prayer. One fellow told me: “I pray when I feel inspired to.” Another said, “I pray when it is meaningful to do so.” I think both comments overlook the fact that a meaningful relationship with God includes prayer as an integral part of daily life. I’m reminded of the Birkat Ha-Mazon, one of the most important prayers in Judaism, which is recited following ordinary meals. It comes from Deuteronomy 8:10 (NIV), “When you have eaten and are satisfied, praise the Lord your God for the good land he has given you.” When I’ve enjoyed a delicious meal, I cannot help but be thankful to God who gave it. That is one of the great purposes of prayer—to increase our awareness of God and of his role in our daily lives.

If we only pray when we feel inspired to do so (that is, when we’re already aware of God’s presence), then we’ll not be increasing our awareness of God. Humility and awe before God does not come easily to us—and that’s another reason to make prayer a daily part of communing with God. Note also that in this life, if we want to do something well, we have to practice it continually, even when we don’t feel like doing so. This is as true of prayer as it is of playing a sport or mastering a musical instrument. It’s also true of becoming a good writer (and many of you know that writing is not one of my favorite activities!).

An Orthodox priest once told me that he practices the ancient tradition of crossing oneself in prayer. The first thing he does when waking up is to recite a prayer of thanksgiving for living another day in Christ, which he ends by crossing himself while saying, “In the name of the Father and of the Son and of the Holy Spirit. Amen.” Some say this practice arose during Jesus’ ministry as a replacement for the the Jewish practice of wearing phylacteries. Others say it arose following Jesus’ resurrection, with the sign of the cross being shorthand for Jesus’ atoning work. We know for sure that it was common practice by A.D. 200, when Tertullian wrote: “In all undertakings—when we enter a place or leave it; before we dress; before we bathe; when we take our meals; when we light the lamps in the evening; before we retire at night; when we sit down to read; before each task—we trace the sign of the cross on our foreheads.”

Though I’m not saying we need to adopt any particular prayer rituals (including crossing oneself), I am urging us to a regular, consistent practice of prayer. There are many helpful ways for us to acknowledge who God is and who we are in relation to him, and to do so without ceasing. Can you imagine how our relationship with God would deepen if we thought of him from the moment we awake in the morning, throughout the day, then as our last thought before drifting into sleep? Doing so would certainly help us consciously live out the day in partnership with Jesus!

PS: Please join me and many others in the body of Christ in praying for the loved ones of the victims who died in the shooting that occurred during a prayer meeting on June 17 at Emanuel African Methodist Episcopal (AME) Church in downtown Charleston, South Carolina. Nine of our Christian brothers and sisters were murdered. This disgraceful, hate-filled incident is a shocking reminder that we live in a fallen world. It causes us to pray all the more for the fullness of God’s kingdom. May we all intercede through prayer for the families who have suffered this tragic loss. Let us also pray for the AME congregation—I marvel at the grace-based way they have responded, generously extending love and forgiveness in the midst of overwhelming grief. What a powerful gospel testimony!

2 thoughts on “The practice of prayer”