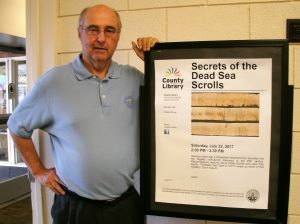 On July 22, Grace Communion Seminary (GCS) instructor and retired GCI pastor Neil Earle (pictured at right) gave a lecture at the Duarte Public Library in Southern California on the 70th anniversary of the discovery of the Dead Sea Scrolls in 1947. “The Dead Sea Scrolls evoke mystery and legend,” Neil told the audience. “It’s a fun subject when you start with this young Bedouin goat-herder named Muhammed the Wolf throwing a rock and hearing a clunk and discovering these stone jars that contained copies of the Hebrew Bible transcribed about 150 years before Christ.”

According to Neil, the challenging part was helping the audience see that the Dead Sea Scrolls should be evaluated by the official Jewish Masoretic Text that forms the Old Testament in many of our English Bibles. “It’s almost a case of ‘I’ve told you this story to tell you another one,'” Neil said. The significance of the scrolls is that scholars could now have an earlier Hebrew text than the Masoretic manuscript that makes up the Law, Prophets and Writings that Jesus bore witness to in Luke 24:44.

“It’s in describing the skill of the authorized Jewish scribes that the audience comes alive,” Neil added. “Those Masoretes counted the middle letter of the Torah, of the Hebrew Bible, and of each book and numerous other references as well. William Foxwell Albright, the great scholar of the early 20th century stated that there is no other ancient text that has been so well handed down.” Neil also gave thanks to GCS professor Tim Finlay (who also teaches at Azusa Pacific University) for his help in preparing the lecture. “With a subject this fascinating, you want to make sure you get the finer points right,” said Neil. 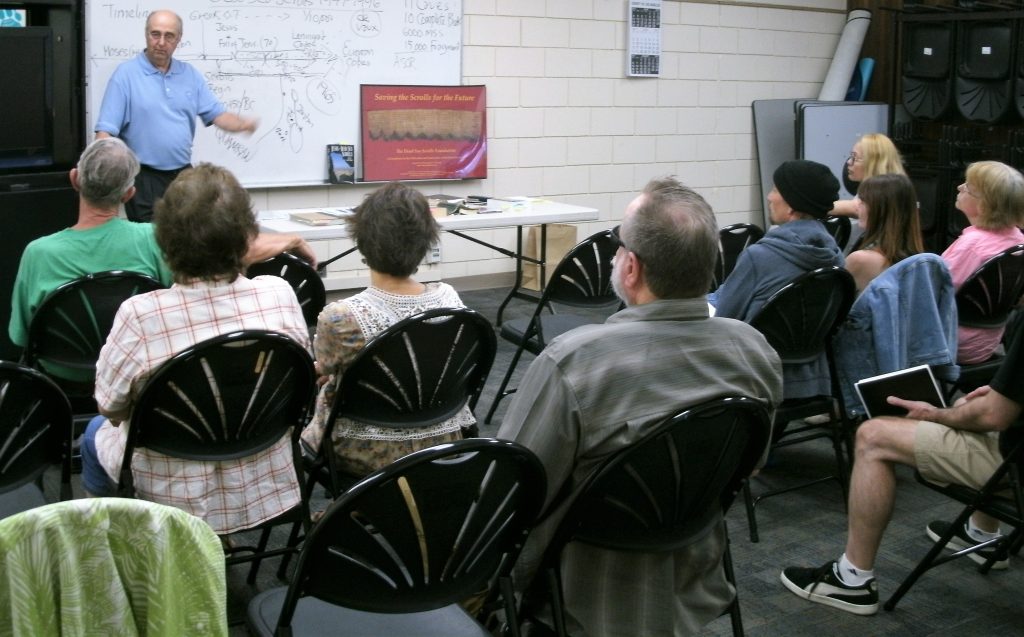