After 40 years of service, Doug Smith let us know that he plans to retire at the end of August 2010. Doug was the first minister in Canada I trained under, and through the years I have learned many valuable things from both his words and example. Thank you for your prayers for Doug and Mique’s transition into retirement and for a new pastor to lead Cornerstone forward.

Tammy and I enjoyed celebrating with our brothers and sisters of the 24/7 Community Church in Newark, New Jersey, on their 10th anniversary. The congregation began with only 12 members and has steadily grown over the years, as you can see from the pictures. Having begun as a church plant, they now have visions of planting another congregation.

Church members there mentor young people at the Juvenile Detention Center and hold a church service there once a month. They also minister to a senior citizens center.

In the second quarter of 2009, I received a letter from Christopher Balidin in Ghana. Since I had already planned a visit to Ghana for August 22 to September 4, I invited him to meet with me in Accra.

On September 3, we met with a sizeable group in Christopher Balidin’s house. The group was looking for spiritual oversight from GCI. During discussions, we found out that the group has many physical needs as well. Emmanuel Okai and I discussed possible ways of helping the group both spiritually and physically. Since then, Emmanuel has visited them five times. 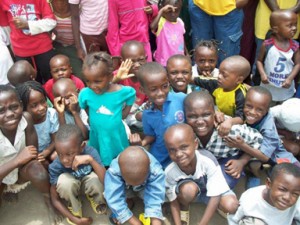 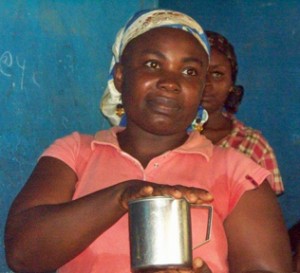 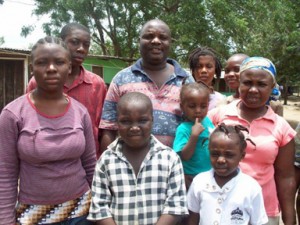 For regular and ongoing visits, Emmanuel has assigned a deaconess and her family who live near Buduburam Refugee Camp.

We are pleased to announce that we now have a conference website. Information about the agenda, speakers, activities and other conference-related items will be posted to this website as the details are confirmed. Registration for pastors will begin January 11 and for elders and members on January 29. Check out www.2010.gci.org for the latest details.

During the 2010 Grace Communion International conference, Generations Ministries will sponsor a conference within the conference for young adults and teens. In this special Generations Ministry Track, teens and young adults will be able to attend training sessions geared toward their areas of ministry. They will have an opportunity to participate in some Orlando activities and they will have a place to reconnect and hang out. Sessions and activities will run parallel to the conference dates, July 22-25. The conference registration fee for teens and young adults will be $20 which will help offset some of the costs for this special gathering. Save the dates and spread the word – details will be forthcoming.

Felix and Melba want to thank everyone for their support and encouragement. Felix’s follow-up appointment for his bladder procedure was very good. The doctor told them to go out and celebrate. Also, Melba’s colonoscopy test results showed no sign of cancer.

My wife’s health is greatly improved these last three weeks, and especially the last week. Her improvement has been slow but steady. She is a teacher in a primary school and is still on sick leave. But today she visited the school and stayed the first two hours because the pupils wanted to talk with her. They had heard that she had been so sick. I think that she will be back to work at school within a week or two.

Both my wife and I would like to express our deepest gratitude to everyone who has called, sent emails, sent cards and letters. God is merciful. God is good. God is almighty. Let his name be praised!

I am now starting to catch up on work that has been put aside the last few weeks. I will start to travel again. Last weekend I was away from home one night, the first time since my wife’s sickness. My next and last trip this year will be to Stockholm on December 12.

Friday, December 4, I spent all day with Beth at UCLA Medical Hospital where she was admitted as an outpatient. The surgeries and radiation she had four years ago did not have the success we had hoped for. She had an angiogram of her brain and they took a six-frame-per-second look at it to see what is going on. I got her home around 7 p.m. About 9 p.m. she passed out because of low blood pressure.

It looks as though Beth is going to have major brain surgery again, probably early next year. She has quite a bit of complex lesion left in her brain. Some of it is high risk. The doctors will attempt to immobilize some of the aneurysms and fistulas. They have come to the conclusion that there isn’t much more to do than that. They hope to lower the risk of future strokes and intracranial bleeds by treating this small but higher risk area.

Beth is losing fine motor control in her left hand. They are not sure what is causing that. This is pretty distracting to both Beth and me. Thanks so much for your prayers for wisdom in what steps to take. We are supposed to hear their recommendations next week.