In his letter this week, Dr. Tkach begins a three-part series on the topic of God’s grace (for the other two letters in the series, click here and here). 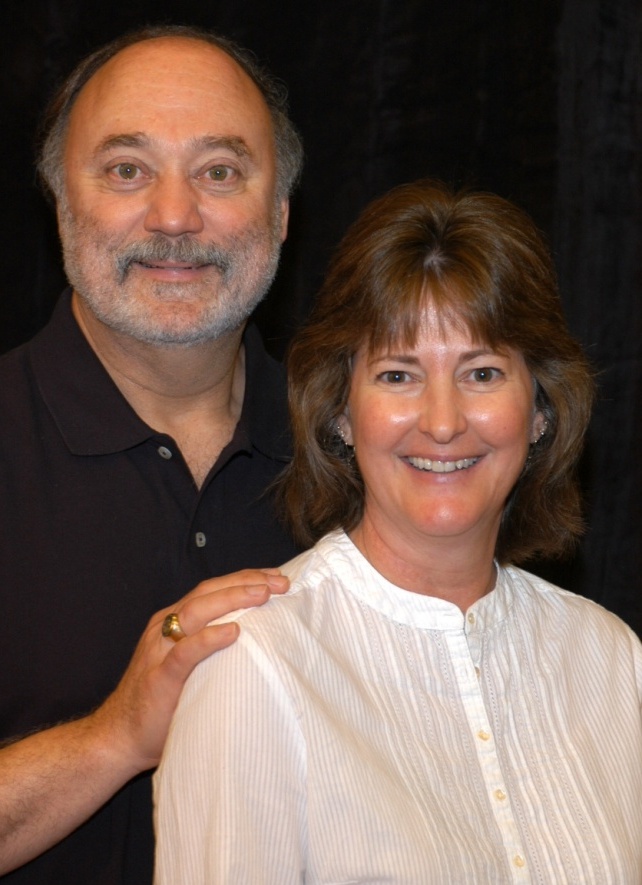 Martin Luther famously referred to Christians as “simultaneously saints and sinners.” His slogan was originally written in Latin: simul justus et peccator (where simul is the root of our English word simultaneously; justus means just or righteous; et means and; and peccator means sinner). If taken literally to mean that we live simultaneously in states of both sinlessness and sinfulness, Luther’s slogan would be a contradiction. But he was speaking metaphorically, addressing the paradox that on this side of the fullness of the kingdom of God we are never completely free of sin’s influence. Though reconciled to God (saints), we do not live perfect, Christ-like lives (sinners).

In constructing his slogan, Luther picked up on some of the apostle Paul’s language to make the point that at the heart of the gospel is a “double imputation” where our sin is “imputed” to Jesus, and his righteousness is “imputed” to us. This legal terminology of imputation provided a way to express what is legally true (and thus actual), but what may not be clearly visible in the life of the one to whom it applies. Luther also was saying that, apart from Christ, Christ’s righteousness never becomes our own possession (under our control)—it is a gift that is ours only as we receive it from him. We receive that gift by being united to the gift’s Giver, for in the end, the Giver is the Gift. Jesus is our righteousness!

Luther, of course, had much more to say about the Christian life than this one slogan, and though we agree with much of the slogan’s intended meaning, there are aspects with which we disagree. Note, for example, J. de Waal Dryden’s critique in the following quote from his article in The Journal of the Study of Paul and His Letters (I thank my good friend John Kossey for sending the quote to me):

[Luther’s] slogan helpfully summarizes the principle that the justified sinner is declared righteous by the “alien” righteousness of Christ, not according to the individual’s own inherent righteousness. Where this slogan proves unhelpful is when it is adopted, whether consciously or not, as a foundation for sanctification [the Christian life]. The problem lies in the continued identification of the Christian as “sinner.” The noun peccator signals more than simply a deformed moral will or a propensity toward illicit acts; it defines the ontology of the Christian. The Christian is not only “sinful” (in actions) but a “sinner” (in being and identity).

In psychological terms, [Luther’s slogan] mollifies moral guilt but perpetuates (and even promotes) shame. The self-interpretive image of the “justified sinner,” while it proclaims forgiveness, undermines the same forgiveness by reinforcing an understanding of the self as sinful to the core, precisely because it categorically excludes a transformative element that would lift the sinner to a higher station. The Christian is left with a pathological self-understanding, reinforced by common practices that habituate this perspective as a Christian virtue. In this way, shame and self-contempt become virtues to be fostered, instead of vices to be censured. (“Revisiting Romans 7: Law, Self, Spirit,” JSPL (2015), 148-149)

Embracing our new identity in Christ

As Dryden notes, God does “lift the sinner to a higher station.” In union and communion with God, in Christ and by the Spirit, we are “a new creation” (2 Corinthians 5:17 ESV), being transformed to “participate” in God’s “divine nature” (2 Peter 1:4). No longer are we totally wretched humans yearning to be free from our sinful nature. Rather, we are God’s adopted, beloved, forgiven children being transformed into the likeness of Jesus. Our thinking about Jesus and about ourselves radically changes as we embrace the reality of this new identity. We do so realizing that it is ours not because of who we are, but because of Christ. It is not ours due to our faith (which always is imperfect) but because of Jesus‘ faith. Note how Paul addresses this in his letter to Christians in Galatia:

I am crucified with Christ: nevertheless I live; yet not I, but Christ liveth in me: and the life which I now live in the flesh I live by the faith of the Son of God, who loved me, and gave himself for me. (Galatians 2:20, KJV, emphasis added)

Paul understood Jesus to be both the subject and the object of saving faith. As subject, he is the active agent who authors faith. As object, he responds as one of us with perfect faith, doing so in our place and on our behalf. It is his faith and faithfulness, not ours, that gives us our new identity and makes us righteous in him. [1]

As I noted in my Weekly Update letter a couple of weeks ago, in saving us, God does not merely wipe our slate clean and leave us to our own efforts in following Christ. Rather, by grace, God enables us to joyfully participate in what he has done and is now doing in and through us. Grace, you see, is more than a gleam in our heavenly Father’s eye. It originates in our electing Father who gives us gifts and promises of complete salvation in Christ, including justification, sanctification and glorification (1 Corinthians 1:30). We live out each of these aspects of our salvation by grace, in union with Jesus, by the Spirit who is sent into our very beings as the adopted, beloved children of God that we are.

Thinking about God’s grace in this way changes our perspective on just about everything. For example, as I go about my daily routine, I might wonder what I’m dragging Jesus into. But as I think about my life from the perspective of my identity in Christ, my thinking is transformed to understand that it’s not what I’m dragging Jesus into, but what he’s doing that I’m being called to share in. This transformation in our thinking is what growing in the grace and knowledge of Jesus is all about. As we grow closer to him, we share more fully in what he is doing. This is the concept of “abiding” in Christ that our Lord spoke about in John 15. Paul referred to it as being “hidden” in Christ (Colossians 3:3). There can be no better hiding place, because “in Christ” is where there is nothing but goodness.

Paul understood that the purpose of life is to be in Christ. Abiding in Jesus instills within us an assured dignity and the destiny that our Creator intended for us from the beginning. This identity sets us free to live in the freedom of God’s forgiveness rather than in debilitating guilt and shame. It also sets us free to live with the sure knowledge that God, by the Spirit, is transforming us from the inside out. That is the reality of who we, by grace, truly are in Christ.

Misconstruing the nature of God’s grace

Sadly, some people badly misconstrue the nature of God’s grace, seeing it as license to sin (the error of antinomianism). Paradoxically, that error most frequently occurs when people try to fit grace and a grace-based relationship with God into a legal framework (the error of legalism). Within that legal framework, grace is misread as God making exceptions to legal rules. Grace then becomes a legal excuse for inconsistent obedience. When that is how grace is understood, the biblical concept of God as Father, disciplining his beloved children, goes right out the window.

Trying to force-fit grace into a legal framework is a terrible, life-robbing mistake. Lawful works do not maintain righteousness, and grace is not about making exceptions to legal rules. This misunderstanding of grace leads, typically, to libertine, unstructured lifestyles that are contrary to the grace-based, gospel-shaped life that Jesus shares with us by the Spirit.

While this unfortunate misunderstanding of grace (with its wrong approach to the Christian life) can seem to reduce guilt, it unwittingly misses the grace of transformation—the love of God coming into our hearts by the Spirit to truly change us from the inside out. Missing this truth leads ultimately to shame that typically is grounded in fear. Speaking from my own experience, I can say that being motivated by shame and fear is a poor substitute for being motivated by grace—motivated by the transforming love of God who justifies and sanctifies us through our union with Christ by the power of the Holy Spirit. Note Paul’s words to Titus:

For the grace of God has appeared, bringing salvation for all people, training us to renounce ungodliness and worldly passions, and to live self-controlled, upright, and godly lives in the present age. (Titus 2:11-12 ESV)

God has not saved us only to abandon us to shame, immaturity and sinful, destructive lifestyles. By grace he saves us so we can live, by grace, in his righteousness. Grace means that God never gives up on us. He continues to give us the gift of a share in his Son’s union and communion with the Father, and the gift of the Spirit who is committed to transforming us into Christ’s likeness. Grace is what our whole relationship with God is about!

In Christ, we are and always will be the beloved children of our heavenly Father. All he asks is that we grow in grace and in our knowledge of him. We grow in grace as we learn to trust him to be our all in all, and we grow in our knowledge of him as we follow him and spend time with him. God not only forgives us by grace, as we walk and talk with him in a life of obedience, he transforms us by grace.

Our relationship with God, in Christ, by the Spirit is not something that grows to some point where we have less need for God and his grace. Rather, our lives are contingent upon him at all points. He makes us new, cleansing us from the inside out. As we learn to rest in his grace, we come to know him better and love him and his ways more completely. And the more we know and love him, the more we will sense the freedom to rest in his grace, free of guilt, fear and shame. Paul sums it up this way:

For by grace you have been saved through faith. And this is not your own doing; it is the gift of God, not a result of works, so that no one may boast. For we are his workmanship, created in Christ Jesus for good works, which God prepared beforehand, that we should walk in them. (Ephesians 2:8-10 ESV)

Let us not forget that it is Jesus’ faith—his faithfulness—that saves and transforms us. [1] As the author of Hebrews reminds us, Jesus is “the author [founder-ESV] and finisher [perfecter-ESV] of our faith” (Hebrews 12:2 KJV).

P.S. To learn more on this topic, I recommend Dr. Gary Deddo’s essay, “The Christian Life and Our Participation in Christ’s Continuing Ministry.” You’ll find it online at www.gci.org/christian-life.

[1] For posts on The Surprising God blog about the faith of Christ that both saves and transforms us, click here and here.

2 thoughts on “Embracing our new identity in Christ”