We were saddened to learn of the recent death of Paul Brice Smith, Assistant Pastor of GCI’s congregation in Big Sandy, Texas. 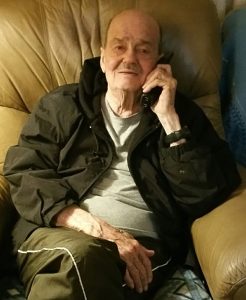 Born in 1927, Paul enrolled in Ambassador College in 1949, and married Freia A. Friddle in 1954 (they would have celebrated 63 years of marriage next month). Paul taught for many years at Imperial School in Big Sandy, and public school in Gilmer, Texas. He also worked for a time in WCG’s Pasadena radio studio.

A long-time elder in WCG/GCI, Paul served for the last several years as Assistant Pastor in the Big Sandy, TX, congregation where he was also a member of the Church Board and a leader and mentor to the Silver Ambassadors group. For many years, Paul and Freia had a special ministry to the senior citizens of the church.

Paul is survived by his wife Freia, three children and four grandchildren.

Cards and letters may be sent to:

6 thoughts on “Death of Paul B. Smith”