This update is from Rex Morgan who pastors the GCI church in Auckland, New Zealand, and manages the GCI New Zealand office. 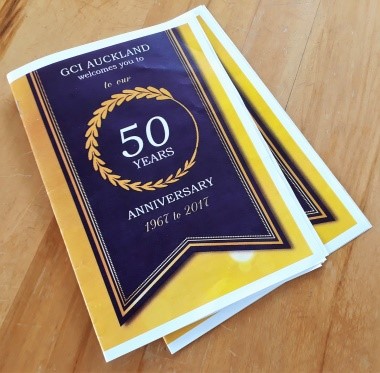 Fifty excited people attended the 50th anniversary of GCI’s Auckland congregation on November 4—50 years to the day after its inaugural service. The event was held at the Mt. Eden hall where we have been meeting regularly for services the past 15 years.

After three baptizing tours in the early 1960s, Graemme Marshall came to live in New Zealand in 1967. On September 7 of that year, the first WCG Bible Study was held in Auckland, at the Workingman’s Clubrooms in Kitchener Street. The first Church service took place on November 4, 1967, in an upstairs room in Queen’s Arcade. 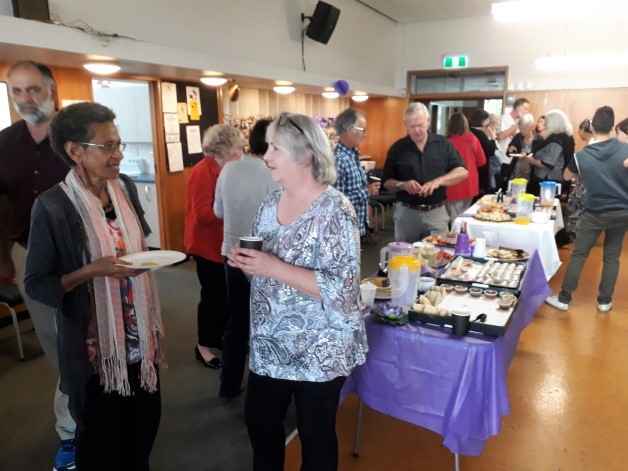 Fifty years later, lots of memories came flooding back to mind as members past and present enjoyed renewing old acquaintances and comparing stories. There was plenty of “mix and mingle” time, pleasantly enhanced by a delicious and abundant finger-food lunch. I read out messages of greetings from members unable to be present, including Don and Alix Engle, Gary and Pam Harvey, Kerry and Anne Gubb, Rod and Ruth Matthews, Bob and Sandy Morton, and Kerry and Anne Gubb. Rod’s message encouraged the attendees to “look around at one another, think of those who went before us and recall that we are but a part of a spiritual body so much bigger, immortal, as yet unrevealed, but flowering plants in the garden of God. We celebrate together this golden anniversary milestone on a journey as yet unfinished but with a sure destination.” 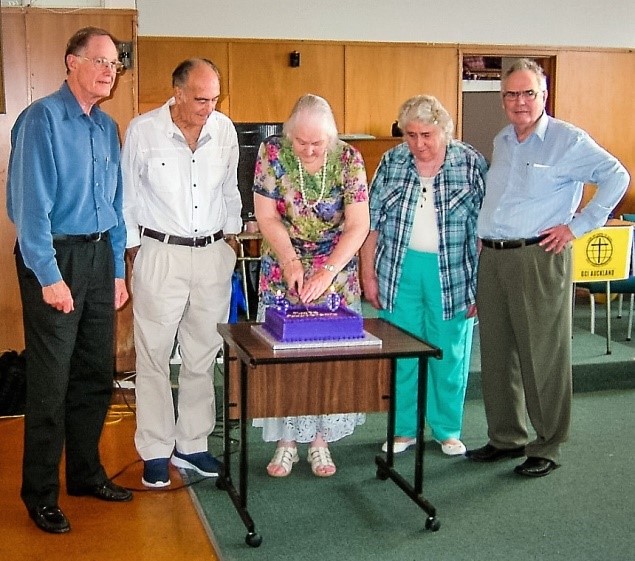 Brief addresses were given by David Wong, Barry Nottingham, Robert Thompson and National Pastoral Director, Dennis Richards, reminiscing on incidents and lessons gleaned during half a century of history. Then we watched a video from GCI President Joseph Tkach. Following that (see picture at right) an anniversary cake decorated in our theme colors of purple and gold was cut by five members present at the inaugural service: Barry Nottingham, Rex Morgan, Jeannette Findlay, and Noreen and Robert Thompson.

I noted in my address that 50th anniversaries are referred to as “golden anniversaries”—a reminder to us of how God is refining our character into spiritual gold for his everlasting temple at the center of the New Jerusalem, which is described as being made of pure gold. It was a wonderful day of golden memories. No one wanted to leave.