GCI congregations and national and regional offices host festivals and worship retreats at various times throughout the year—the fall season is particularly popular. Here are reports about three such events—held recently in the Philippines and Canada.

GCI-Philippines held a festival in September at Teachers Camp in Baguio City. The theme was Spread His Love, Share Your Life. It was attended by more than 800 people. GenMin’s national coordinator Anthony Mullins and his wife Elizabeth were guest speakers. For a report, click here, and here is a video with comments from the Mullins:

GCI’s churches in Saskatchewan held a worship retreat in September at a resort hotel on Lake Manitou. The lake, which has a very high mineral content, feeds several pools at the hotel which are warmed, providing what is considered to be healing properties. This is the second year this event has been held with members (pictured below) attending from Regina, Saskatoon, Yorkton and Battleford.

A week later, a two-day worship retreat was held near Edmonton, Canada. Members attended from Edmonton, Westlock and Evansburg. The retreat included worship services on both days, an evening session, and meals (one pictured below). 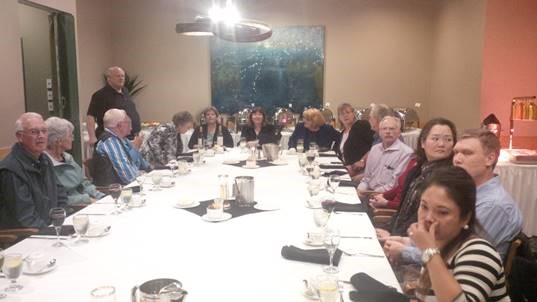