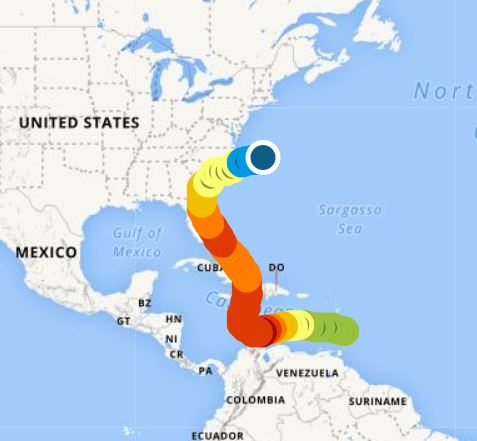 As noted in GCI Weekly Update last week, Hurricane Matthew was very powerful and wide-ranging. It left a trail of destruction extending from Haiti, through the Bahamas, then up the Atlantic coast of Florida, Georgia, South and North Carolina (see the map at right).

In Haiti, Matthew killed at least 1,000 people and wiped many villages off the map. It then battered the Bahamas, and in the U.S. it left at least 24 dead, over 1 million homes and businesses without power, and caused billions of dollars in damage. Here from three GCI regional supervisors are reports on how our members fared: