This report is from Dustin Lampe, lead pastor at Christ Fellowship Church, GCI’s congregation on the West side of Cincinnati, OH. Dustin tells about his congregation’s program to reach out to the families in the community surrounding their church building, using the popular youth sport of tee-ball.

The tee-ball league that is coming together at Christ Fellowship Church is quite exciting. We’re calling it West Side T Ball. We’ve set up a schedule of four practices and four games, for kids ages 4-7. 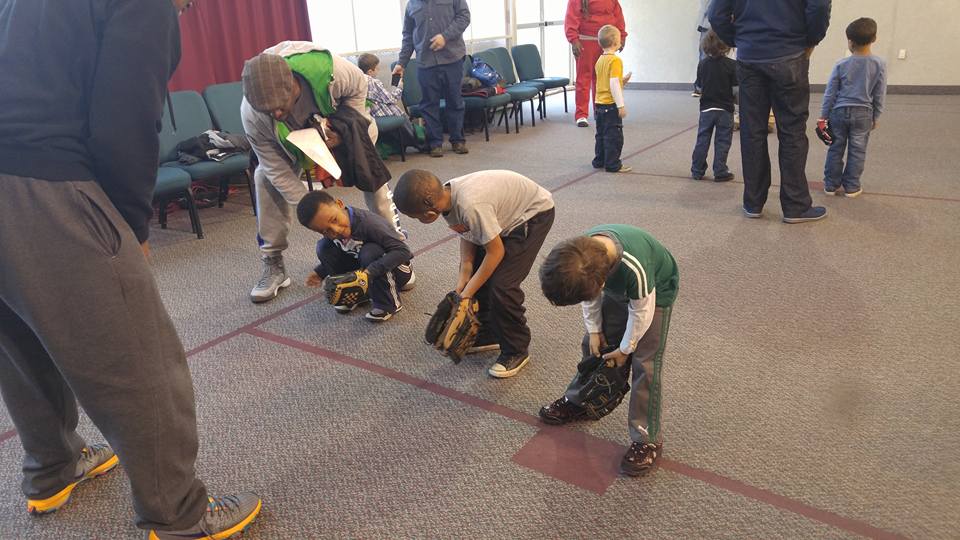 Entering into our third practice, we had 67 players being served by our team of four gifted leaders who all are members in our congregation. They administer the league, a concession stand manned with volunteers, over $2000 in community business sponsorships (including help from a hospital and funeral home). We have three announcers and five photographers ready to rotate on Sundays. And we have a good head coach and two assistant coaches for each of the six teams that were given nice uniforms.

Our league has particular perks that make it stand out. It meets inside our church building where my wife Rachel is putting together slides with the kid’s pictures on them. These slides appear on the big screen, along with a short clip of their favorite song. These personal slides are shown and the name announced when each kid is up to bat. By doing things like this, the kids are built up in our league from beginning to end. At the end of the season, we’ll have an awards banquet at which each kid will be honored with a small trophy with a label for something unique that they brought to the team. 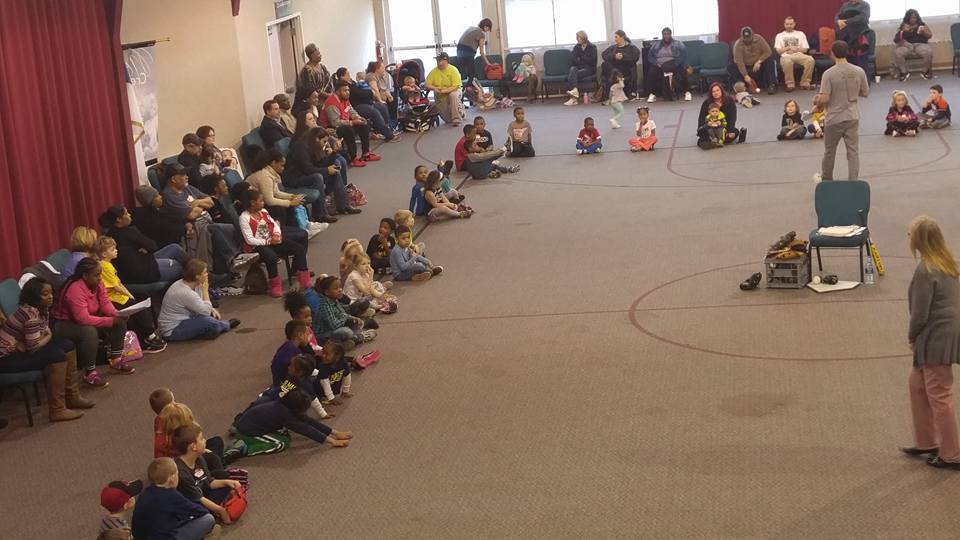 I have the privilege of speaking to all these kids, their parents, guardians, brothers and sisters each week (that’s me addressing the group in the picture above). I speak to them about sportsmanship, about being a team, and I also elaborate on an element of the Lord’s Prayer.

I suppose a question many will have is this: How many of these kids attend our congregation? We’ll see over the long haul. I do expect to see many of them plug into the day camp we hold each year. Church members have gathered camp invitations and started to work on sign-ups without me even asking! Two of our newest members are younger men who are our best tee-ball coaches. I can see they are finding it exciting to be part of this ministry!

Here is a final thought: sports as a means of ministry and connection to the community has been on my mind since I began pastoring at Christ Fellowship Church a few years ago. This tee-ball program has opened a door for us. My hope is that my volunteers will be able to do most of the work for the league next year. Right now, I’m walking three of them through all that I’m doing each week. Running the league is separate from promotions, advertising, fundraising and sponsorships. I already have three people who are taking ownership of that end. We are offering the league to the kids for free with the help of community business sponsorships ranging from Bronze ($100), to Platinum ($750). Most go for Silver ($200). The local hospital did a gold sponsorship ($500). The larger the donation, the larger the sign they get with their logo displayed at the games.