Dear Brothers and Sisters in Christ:

The Guinness Book of Records calls it the world’s best-selling book, with over two billion copies sold to date. It is one of the most quoted (and frequently misquoted) books there is. I’m referring, of course, to the Bible.

Though we don’t know how many people have actually read it, it’s safe to say that billions have been affected by the Bible’s message. Prior to the 20th century, very few people had access to a Bible. Early in Christian history, churches typically owned only a single copy of the Old Testament (the Septuagint) and copies of various letters written by early church leaders. These were often stored in a cabinet called an “armarion.” Seminary professor Timothy Paul Jones comments on its contents:

It’s possible that not all of these texts would have been identical to the twenty-seven books that you find in the New Testament today. To be sure, the four Gospels, the Acts of the Apostles, Paul’s letters, and probably John’s first letter would have had a place in the armarion. But the cabinet could lack a few writings that your New Testament includes—the letter to the Hebrews and maybe the second epistle that’s ascribed to Peter, for example, or a couple of John’s letters. A quirky allegory entitled The Shepherd might have made an appearance in some areas. You might even find a letter or two from a Roman pastor named Clement. The New Testament canon—that’s the twenty-seven texts that you find in your New Testament today—wasn’t yet clear to Christians everywhere. 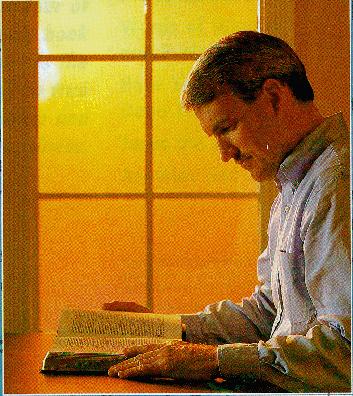 Thankfully, this lack of clarity as to the content of the New Testament was resolved in the fourth century by councils representing the whole church. But sadly, recent surveys indicate that Bible reading in our day has declined significantly. There are numerous reasons for that decline, including the habit of reading the Bible in fragmentary ways, reading it only for personal devotion and failing to recognize the Bible for the amazing literature that it is. Another reason for the decline is the instant communication that has altered the way people engage with all books.

Sadly, another reason for the decline in Bible reading is the habit many preachers have of misusing the Bible by lifting out passages in a proof-texting manner to illustrate their own sermon ideas. In that regard, note this from author Peter Mead:

Not only does proof-texting fall short, but it also steals the experience of seeing the bigger picture, the sweeping thoughts, the epic narratives and the heart-stirring poems of Scripture. I often ponder the fact that the biblical men and women whom I most aspire to be like are not those with a ready quiver full of pithy proof-texts, but those who know the God of the Bible because they are washed in the Bible as a whole, book by book.

The Bible is a literary whole, and we gain the most when we read it as such. This means drinking deeply of the text to receive God’s message for us. Because the Bible’s communication patterns tend to be subtle, complex and nuanced, it takes time, skill and effort to do this. And the more experience you gain in doing so, the more you see the Bible for what it truly is: an unfolding narrative with plot and resolution. It is not a book of isolated bits and pieces for us to draw from in a proof-texting way.

My good friend John Halford likens the Bible to a symphony by Beethoven. John came to understand Beethoven well only when he listened to all nine of his symphonies—not just favorite parts of a few. John says that he has had the same experience with the Bible. Just as Beethoven’s symphonies fit together as a unified whole, so it is with Holy Scripture. In that regard, note what Paul wrote to Timothy:

There’s nothing like the written Word of God for showing you the way to salvation through faith in Christ Jesus. Every part of Scripture is God-breathed and useful one way or another—showing us truth, exposing our rebellion, correcting our mistakes, training us to live God’s way. Through the Word we are put together and shaped up for the tasks God has for us (2 Timothy 3:15-17 The Message).

The Bible is not merely a “to do” list from God. Rather, it is the dynamic and unified story of his love for humanity. In the Bible the Triune God of the universe shares with us his very heart and mind, nature, character and purposes. We find there the unfolding of his faithfulness and plan for us, inviting us to participate in what he is doing. The Bible holds out to us his promise of eternal relationship with him—it’s our story of hope, redemption and sonship.

I encourage you to read the Bible personally and, as preachers and teachers, to encourage others to do so in order to find answers to life’s biggest and most important questions: Who is God? and, Who am I in relation to God?

P.S. We have many helpful articles about the Bible on our GCI website. You’ll find a list at www.gci.org/bible.

5 thoughts on “Reading the Bible”