This update is from Lorenzo Arroyo, GCI-USA regional pastor and mission developer for Mexico.

A new mission outreach has been launched in Colonia Santa Rosa del Valle on the outskirts of Guadalajara, Mexico. The goal of this outreach is to work toward starting a new GCI church in the community of Santa Rosa. 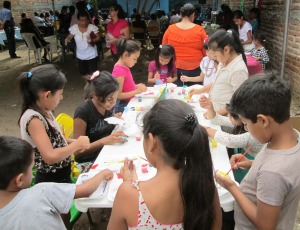 The idea for this mission grew out of discussions led by Alfredo Mercado, GCI-Mexico national leader and senior pastor of the Guadalajara church. It was decided to give the green light to three Guadalajara church leaders to get the mission started. In April, Lorenzo Arroyo appointed Luis Alberto Soto, Humberto Perez and Jose Rodriguez to commence the mission work.

The mission team’s first event was a prayer meeting on June 7. Five adults and four children attended. Then on September 6, the team conducted an afternoon fiesta entitled “Mexican Tardeada.” The surrounding community was invited and the 100 people (including the 40 children) who attended enjoyed live music, singing, prayer, a sermon, food and lots of fun, including games for the children (see the picture above).

The place of meeting was a tent with a dirt floor (see below) set up on property graciously donated by a GCI couple for the use of the new church. Lorenzo (shown preaching below) gave an evangelistic sermon from Romans chapter 1, connecting the message of the gospel to the lives of the many newcomers in attendance. 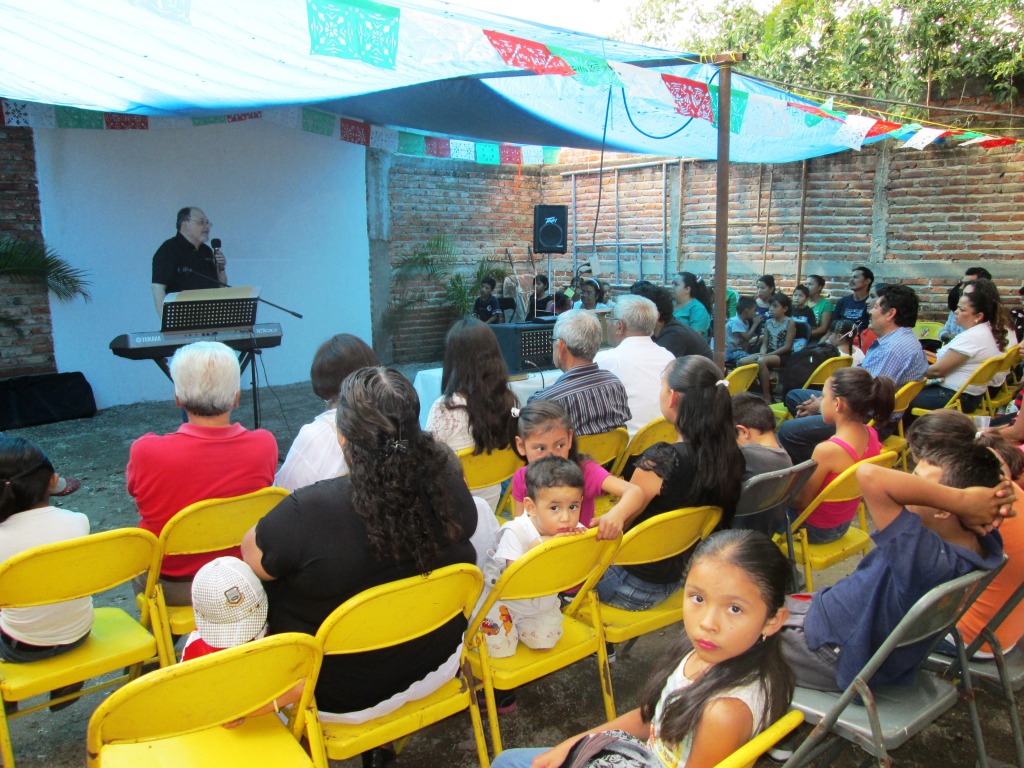 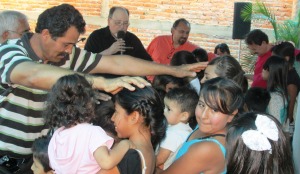 One of the highlights of the event was a blessing of the children ceremony (pictured at right).

Everyone enjoyed themselves as the crowd interacted with the mission support team made up of members of the Guadalajara mother church. New people from Santa Rosa were heard asking, “When is this going to happen again? Will you be coming back?” Our response is that it’s the goal of the mission team to bless every child in that community by Christmas of this year! 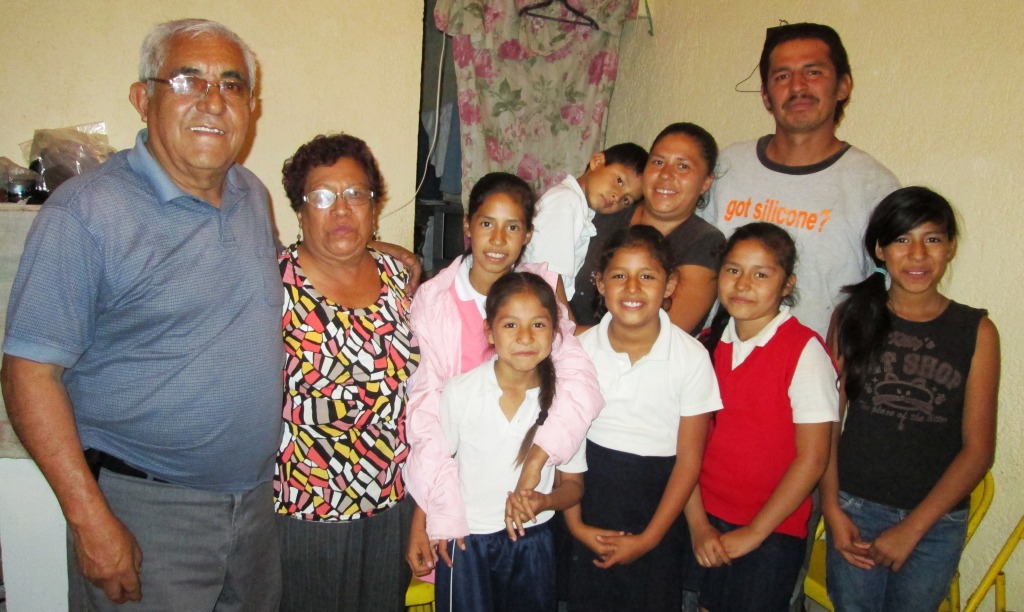 During his visit to Guadalajara, Lorenzo, accompanied by Jose and Bertha Rodriguez (on the left in the picture at right), conducted a Bible study during a visit with Daniel and Carolina Blanco and their six children (pictured at right). The Blancos, who are new converts, live in Santa Rosa and have joined the mission group.

Though the lives of the Blancos have been transformed by the power of the Holy Spirit, Daniel, a bricklayer by trade, struggles at times to find employment in the impoverished community of Santa Rosa. The family lives in an upstairs apartment no bigger than most living rooms. But they light up at hearing the word of God and have become diligent workers in the new mission. 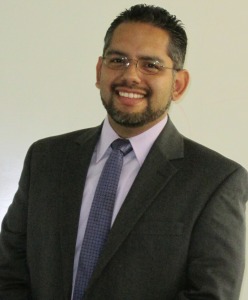 On the day before returning to the U.S., Lorenzo attended Samuel Mercado’s presentation and defense of his thesis paper. Samuel (pictured at right) is a leader in the Guadalajara church and national youth leader for GCI Mexico. Following his presentation, Samuel was told that he had defended his thesis successfully and would be awarded a master’s degree in information technology from the University of Guadalajara. Congratulations, Samuel!

Lorenzo extends his thanks to the GCI-USA congregations who have generously supported GCI’s gospel work in Mexico. As indicated in this report, there is much to be done, but the Lord has, as always, been more than gracious.

One thought on “New mission launch near Guadalajara”