In our high-tech world, all it takes to make a fake ID is some photo paper, a couple of laminating sheets and an ability to use retouching software. A survey of 1000 U.S. university students (reported on LiveScience.com) found that two-thirds had fake IDs—typically used to gain entry to dance clubs and bars. While these students pretend to be someone they are not for the sake of under-age drinking, many people in our world experience the ongoing pain and frustration of a much deeper identity crisis.

In writing about this crisis, Henri Nouwen noted that for most people, identity is a function of three factors: what they do, what others say about them and what they possess. When they do well, they feel good about themselves. But when they do poorly, they feel bad. When the apostle Paul assessed himself by his own performance he declared this: “What a wretched man I am!” (Romans 7:24). Fortunately, Paul learned that his true identity resided in Christ, not in his own Law-based performance.

When our identity is grounded in the factors mentioned by Nouwen, our emotions will run the full gamut. When we’re affirmed, we’ll feel good. But when people speak ill of us, we’ll be devastated. This is especially true when people speak religious-sounding “you are not” statements like these: “You are not known by God—not forgiven—not worthy—not important—not loved.” Such statements cause us to question our value and can lead to a self-identity that is grounded in shame and even self-loathing.

Sadly, much of humanity lives under the terrible burden of a badly mistaken identity. Why? Because they do not know Jesus the incarnate, crucified, ascended Son of God and son of man. Not knowing they are God’s beloved children in union with Christ, they think that they are self-sufficient and must make their own way. But an identity disconnected from the truth about humanity in Christ, is a mistaken one that leads eventually to frustration and pain.

What people need is to hear is the message proclaimed by the angels to shepherds on the night of Jesus’ birth: “Do not be afraid. I bring you good news that will cause great joy for all the people.” This news comes with a wonderful promise: “Peace to those on whom his [God’s] favor rests.” Yes, there is joy and peace in knowing that God sent his Son to become one of us, to speak our language, to feel our pain and to show us that God forgives us no matter what we’ve done. Even when we try to run from him, or act as if he is not there, or refuse his help, God remains our loving Father, our Abba. That good news of God’s grace defines our true identity as God’s beloved children. It’s good news that needs to be shared with others—indeed, doing so is our mission.

The reality of God’s love and grace does not mean that God has turned a blind eye to evil. No, God hates evil because it hurts his children. Evil destroys right relationship with God and promotes lies about his nature and character. In Jesus, God dealt decisively with evil—taking upon himself the suffering it brings, showing that he alone has the right to forgive sin. In Christ, the barrier between God and humanity caused by evil is torn down. This truth calls upon us to live in the light of who God is and who we are in relationship with him. Yes, we can return to a fake identity if that’s what we want, but who would want that?

Therefore, if anyone is in Christ, he is a new creation; the old has gone, the new has come! All this is from God, who reconciled us to himself through Christ and gave us the ministry of reconciliation: that God was reconciling the world to himself in Christ, not counting men’s sins against them. And he has committed to us the message of reconciliation. We are therefore Christ’s ambassadors, as though God were making his appeal through us. We implore you on Christ’s behalf: Be reconciled to God. God made him who had no sin to be sin for us, so that in him we might become the righteousness of God (2 Corinthians 5:17-21).

From God’s perspective, the astounding change from “out of Christ” (dead) to “in Christ” (alive) took place in an instant. But for us, it’s often a long journey of awakening to this stunning reality. It can take time to fully embrace the truth of our true identity in Christ. That identity is not a function of what we do, what others say about us, or what we possess. Our true identity is in Christ—our sharing in who he is and what he has done. It’s also based on what Christ continues to do—on his continuing ministry by which he administers God’s unconditional love and grace to undeserving sinners. What the Father said to Jesus at his baptism, he now says to us: “You are my child, whom I love; with you I am well pleased.” That, dear one, is your true identity. Embrace it!

Living in my true identity,

According to Frans Danenberg (national director of GCI in the Netherlands), GCI’s congregation in Friesland is rejoicing in the baptism of two young adult members, Bubasha Nyembo and Zawadi Aksante Magendane. They were baptized in a swimming pool in the home town of the congregation’s pastor, Matendo Makoti. The congregation was established (planted) two years ago. 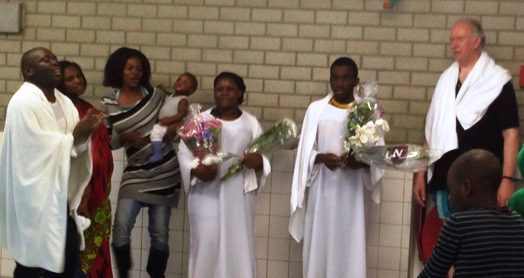 In addition to commissioning PD (see picture), Greg preached a sermon from Ephesians 4 in which he encouraged the congregation to promote unity by walking in step with the Holy Spirit. He challenged PD to do the same in serving his region.

GCI in the Philippines recently conducted training for the men and women who direct their youth camps. For details, go to http://my.gci.ph/gci-youth-camp-directors-training-held-in-cebu/. 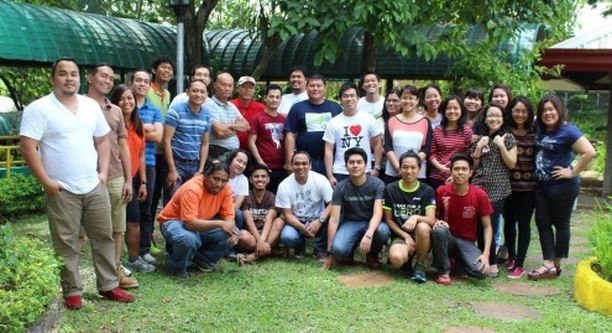 Is your congregation looking for ways to journey with Jesus in sharing the gospel with unchurched people in your community? If so, here are links to some ideas (perhaps you can add others in the “comments” section below):

We also recommend these articles that address the topic of outreach: 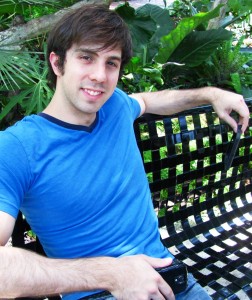 Jonathan Rakestraw, the pastor of GCI’s church in Tallahassee, Florida, along with his wife Carolyn request prayer for their oldest child Matthew Rakestraw (see picture) who during a recent visit to his dermatologist was diagnosed with melanoma cancer. Concerning the diagnosis, Carolyn wrote this:

The area affected by the cancer is on his forehead. This is not something new to us. From an early age, doctors told us that Matthew’s skin condition could lead to cancer. We do not have a lot of details as to treatment yet, but it likely will involve surgery. Though this is a scary situation, we know we have God’s help, and we are, for the most part, able to leave it with Him. God’s love has been evident throughout this journey. We very much appreciate and feel your prayers. We know that the final outcome is in God’s hands, and for that we are thankful. We know that God’s love and goodness are endless.

Matthew, who is a member of his father’s GCI congregation, actively serves in youth ministry, including as a staff member at GCI’s Florida summer camp.

Exponential is the premier annual U.S. gathering of church planters and others who are interested in planting and renewing churches. In 2015, Exponential conferences will be held in Tampa, FL in April (Exponential East), and Los Angeles, CA in October (Exponential West). The theme of the 2015 gatherings is Spark—igniting a culture of multiplication.

Exponential recently announced that a team from GCI will conduct a pre-conference “bonus session” at the Exponential East gathering. Led by GCI-Caribbean regional pastor Clifton Charles, the GCI team will make a presentation entitled “Share Your Faith.” Here is a brief description from the Exponential website:

Grace Communion International will be hosting a bonus session at Exponential East this year entitled: Share Your Faith. People don’t share their faith for two reasons, not knowing what to say and fear. This simple but effective way of sharing our faith that you will learn in this session can be used in most any witnessing situation, reducing fear. The session will be facilitated by Clifton Charles, Fred Kress and Arthur Hallett (from www.exponential.org/gcihostsbonussession/).

Concerning the conference, Clifton wrote this:

Our congregational leaders in the Caribbean are enthusiastically embracing this year’s Exponential conference. We are excited about the time we can spend relationally together amidst such an important conversation about multiplication. I know how busy everyone is, but let me strongly encourage you to carve out the time to attend. I believe this year’s conversation can make a huge difference in our future. 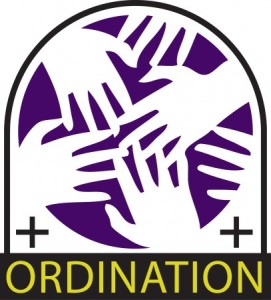 We are pleased to announce that the following men and women recently were ordained as elders serving in GCI congregations. We thank God for raising up these pastoral leaders and offer congratulations to all.