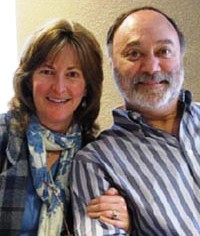 Last week I noted that on the day of Pentecost following Jesus’ ascension, God fulfilled the many Old Testament promises to send the Holy Spirit to humanity in a new way. You’ll recall that Ezekiel prophesied that God would give his people “a new heart” and put within them “a new spirit” (Ezekiel 36:26, NRSV translation throughout). He also proclaimed that the “breath” or “spirit” of God (either translation is correct) would make the dry bones of “a vast multitude” come to life (Ezekiel 37:10). Joel quoted God as saying, “I will pour out my Spirit on all flesh” (Joel 2:28). Prophesying concerning this time, Jeremiah gave this declaration from God: “This is the covenant that I will make with the house of Israel… I will put my law [torah] within them, and I will write it on their hearts; and I will be their God, and they shall be my people” (Jeremiah 31:33).

What other prophets implied, Jeremiah made explicit: the deep connection between God’s Spirit and Torah (meaning law, way or instruction). But what is the nature of that connection? The answer is found in the New Testament where Jesus spoke of himself as not abolishing the law but fulfilling it (Matthew 5:17). In like manner, Paul spoke of Jesus in this way: “For Christ is the end [telos] of the law so that there may be righteousness for everyone who believes” (Romans 10:4). Telos, which means “end” or “purpose,” speaks to the fulfillment of the goal to which a thing is related. For Paul, the Torah is fulfilled in Jesus because he is the embodiment of the law.

John addressed this same truth when he referred to Jesus as “the Word” who “became flesh” (John 1:14). Jesus embodied the ways of God—following them and then teaching them to others. For John, as the Word of God in himself, Jesus perfectly fulfilled the Torah.

In connecting Jesus with the Torah, John drew from the Old Testament scriptures and from Jewish tradition of his day (oral tradition that later was recorded in various Jewish writings). These sources present Moses as the one who brings the Word of God (the Torah) to God’s people. The correlation of Moses with God and with God’s instruction (the Torah) was deeply ingrained in Jewish thought.

Jewish tradition associated the Torah with the presence of God. The Rabbis taught that the tablets of stone on which were written the law were made of blue sapphire as a symbol of the heavens and God’s throne to which Moses was said to have ascended to receive the Torah written by the “finger of God.” The Torah itself makes a similar point: “Then Moses and Aaron, Nadab, and Abihu, and seventy of the elders of Israel went up [on the Mountain of God], and they saw the God of Israel. Under his feet there was something like a pavement of sapphire stone, like the very heaven for clearness” (Exodus 24:9-10). In John’s day and beyond the Rabbis referred to the Torah as life and light. But for John, Jesus is the eschatological life and light promised and expected in the Torah. Rabbis also referred to the Torah as the bread of life and truth. As you know, John attributed both to Jesus.

Some Jewish teachers taught that God first created the Torah, then used it as a tool in creating the cosmos. One Jewish commentary notes that when the Torah declares, “In the beginning when God created…” (Genesis 1:1), the word in can be translated “by,” and beginning understood as meaning the Torah. Thus they read the verse this way: “By the Torah when God created…” In like manner, they taught that God, working through the Torah, gave creation its order and moral structure. In contrast, John taught that God created the cosmos through Jesus (John 1:3). Thus the glorious things ascribed by the Rabbis to the Torah, were ascribed by John to Jesus, the Word of God incarnate.

In similar (and rather startling) fashion, John contrasted Moses (the mediator of the law/Torah) and Jesus. In John 1:17, he wrote: “The law indeed was given through Moses; grace and truth came through Jesus Christ.” In understanding this and similar statements, it’s important to remember that John was interpreting the Old Testament through a Christocentric lens—reading it in light of the person, ministry, death, resurrection and ascension of Jesus as being the promised Messiah. With that perspective, John wrote that Jesus, the one who came from the presence of God in heaven, is, in himself, the Word of God who then gave God’s instruction (word) to others. When Jewish religious authorities of John’s day marveled at Jesus’ teaching in the temple, Jesus chided them: “My teaching is not mine, but his who sent me” (John 7:16). In speaking of the final judgment for those who reject God, Jesus claimed that, “the word that I have spoken will serve as judge” (John 12:48). Then Jesus explained why: “I have not spoken on my own, but the Father who sent me has himself given me a commandment about what to say and what to speak” (John 12:49). Jesus himself is the life and light of the world because he is the Word of God who perfectly fulfills God’s will, ways and instructions [God’s torah].

Like the words (Torah) given to Moses (though far better), the authoritative Word (Jesus) came from a heavenly origin. We note this in Jesus’ high-priestly prayer: “The words that you gave to me I have given to them…. I have given them your word” (John 17:8, 14). John taught that Jesus not only brings the Word of God to people, he is the Word of God come down from heaven to give life to the world. Whereas Moses shared the word (Torah) from God, Jesus is the Word. Only Jesus is the Word personified, the one who includes us in the very life of the Trinity.

But what about the Holy Spirit? How does he fit in? As we learn from John’s further teaching, along with other New Testament witnesses, Jesus sends the Holy Spirit to work out in us and among us what Jesus, the Word of God, accomplished for us in his earthly life. The law written on our hearts, and the new life given to us by the Spirit are none other than Jesus the Word of God indwelling us by his Spirit.

Evermore realizing the real life we have in Christ,
Joseph Tkach

2 thoughts on “Jesus: embodiment of the law”