Tammy and I have shared many things with a couple that lives near us, including a journey of theological reformation. They’ve visited our church and, at their invitation, we recently visited theirs. The husband told me he wanted me to meet his pastor because their church recently left a Pentecostal denomination. In a way similar to ours, their faith journey has taken them out of legalism into grace.

We very much enjoyed their worship service—friendly fellowship, an inspiring sermon and an excellent praise band led by a worship leader with a particularly winsome personality. We did, however, encounter a problem—the worship music was painfully loud. I’m not joking when I say that the call to worship included an offer of earplugs. But even with earplugs in place, Tammy had to leave for the lobby until the music was over—and she was not alone.

Though some worship leaders believe very loud music encourages worship, several studies have shown that the opposite is often the case. Drowning out the voices in the congregation tends to inhibit, rather than encourage participation (and don’t forget the congregation’s auditory health!).

Though music in worship yields many benefits (I address several of them below), it also presents common problems. In addition to that of volume, there’s the problem of singing songs the congregation has never heard. On our visit to our neighbor’s church, while Tammy was in the lobby, I was in the sanctuary trying to sing songs I mostly did not know. Though the lyrics were projected onto a screen, I was not the only person in the audience who wasn’t singing. I enjoy learning new songs (and there are over 300,000 of them available at the click of your computer keyboard!), but frequently singing new (unfamiliar) songs can be a “worship killer.”

For most of us, singing aloud in worship involves some difficulty. But that difficulty is magnified when one doesn’t know the lyrics or the melody. I’m not saying it’s wrong to introduce new songs—Scripture admonishes us to “sing to the Lord a new song” (Psalm 96:1). But make new songs the exception, not the norm. Also, the songs chosen should be relatively easy for the congregation to sing—remember that most people are not experienced vocalists!

Another typical problem is the tendency for the worship team to slip into “performance mode” instead of focusing on facilitating the congregation’s worship. Mike Harland who directs LifeWay Worship made this comment: “When you turn the lights off and you have theatrical lighting on stage, you’re suggesting to the congregation they are here to watch something rather than participate.” All elements of worship, singing included, should facilitate the response of the people to who God is and what he has done, is doing, and will yet do for us. In that regard, please be sure that the lyrics to the songs selected are theologically sound. Worship teams should weed out songs that, though they may be popular, are not faithful to our Trinitarian faith.

Now that we’ve looked at some of the problems to avoid, let’s now look at some of the many benefits that come with the proper use of music in worship. A creation of God, music is a powerful dynamic that seems to be “hard-wired” into all of creation. Scientists have also discovered that music (depending on its quality) either stimulates or retards growth in plants. They’ve also found that music stimulates more parts of the human brain than anything else. Note this related comment from violinist Daniel Roumain:

By God’s design, singing music together is a vital part of worship. We see this in God’s use of corporate singing at the time of Israel’s founding. Notice this Old Testament passage where God speaks to Moses:

Write down this song and teach it to the Israelites and have them sing it, so that it may be a witness for me against them. When I have brought them into the land flowing with milk and honey, the land I promised on oath to their ancestors, and when they eat their fill and thrive, they will turn to other gods and worship them, rejecting me and breaking my covenant. And when many disasters and calamities come on them, this song will testify against them, because it will not be forgotten by their descendants. I know what they are disposed to do, even before I bring them into the land I promised them on oath. (Deuteronomy 31:19-21)

God wanted Israel to sing a particular song that would serve the immediate generation as a criterion for their judgment (forewarning them of the results of their unfaithfulness), and then for future generations of a reminder of the mistakes their ancestors had made. Worship songs thus bear powerful, transforming messages. In our day they serve to build up the church, helping people turn their hearts to God and learn spiritual truths that encourage them to live the redeemed life. The melodies of the songs make it easier to remember the lyrics, which remind us of God’s love, his faithfulness, and his commitment to us. Paul admonishes us to communicate these vital truths to one another by singing “psalms, hymns and spiritual songs” (Ephesians 5:19). In our corporate worship we not only sing praises to God, we communicate, in song, with one another concerning God.

In addition to these benefits related to singing in worship, let’s recall one that the prophet Zephaniah mentions in a prophecy concerning the Day of the Lord:

Listen carefully—do you hear our Lord singing? Let’s join in together!

Worshipping our Lord with you in song,
Joseph Tkach

GCI Vice President Greg Williams recently visited the Philippines where he was the featured speaker at two ministerial conferences. For a report on the conferences, click here. 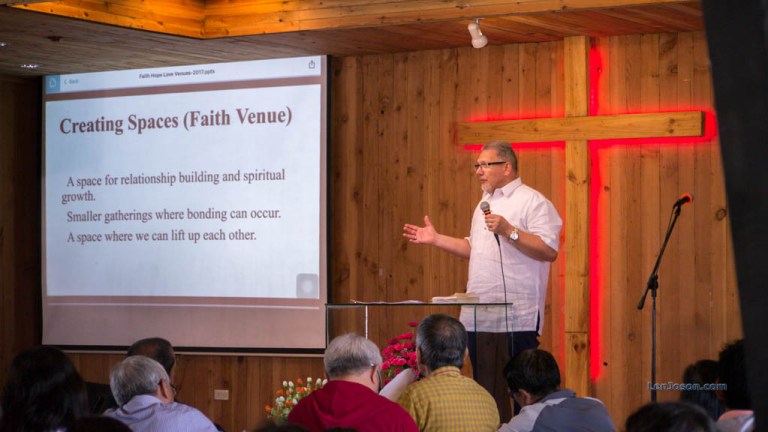 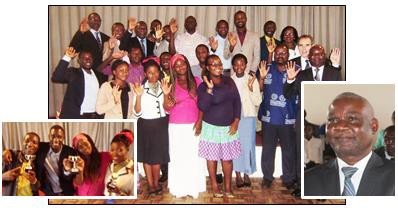 The first Life Club was held recently in the African nation of Malawi. Gardner Kunje (pictured above right) said at the end of the meeting that “the Club helps develop the whole person.” The congregation in Lilongwe, capital of Malawi, is also planning to start a Life Club soon.

Rod Matthews (pictured above left), GCI Mission Developer encourages Life Clubs in the areas in which he works including Bangladesh. John Biswas (standing in the picture above) directs a meeting along with his wife Naomi and Robin and Arline Connelly during a 2016 visit to Bangladesh. 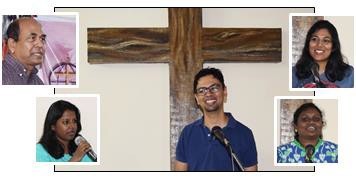 Joe D’Costa (pictured top left) reports from India that a Life Club was held there in October 2016. Those who spoke are shown in the picture. The Bangalore congregation hosts a Life Club about once a month and the Trichy and Chennai congregations host Life Clubs a few times each year. Joe writes: “I personally feel that these clubs not only improve the participants’ speaking ability, but also their personality. Over the years, I have seen our young people grow through these clubs. The communication skills they have acquired have helped them in their jobs and in life.” 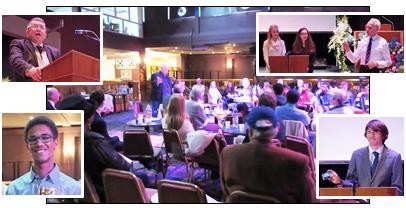 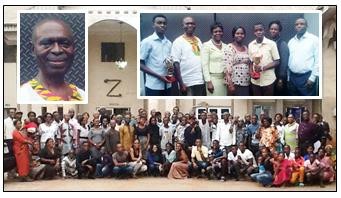 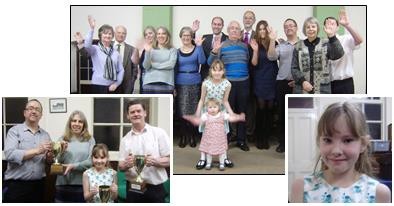 The Peterborough, England congregation hosted a Life Club meeting this January. The meeting opened with 1 Timothy 4:12, “Set an example for the believers in speech [and] in life.” Lydia Williams (pictured above right), aged 8, won the best speaker cup with her confident and comprehensive speech about flower arranging. 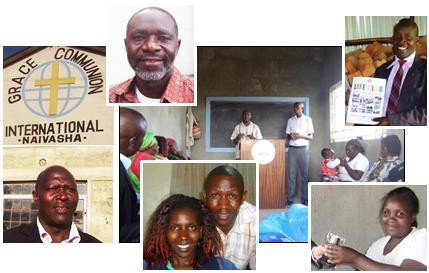 Kalengule Kaoma (pictured above, top,center), GCI Mission Developer in Africa, held a meeting regarding Life Clubs in Nairobi, Kenya in April 2016. The Naivasha congregation hosted a Life Club (pictured above) the same month. That meeting was directed by Anthony Gachanja (above center), National Director for Kenya, Uganda, Burundi, Rwanda and Tanzania. 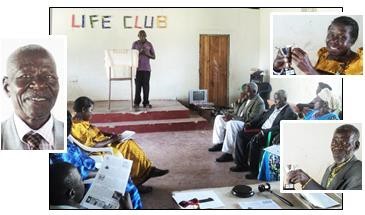 Othieno William Wilberforce (pictured above left) of Uganda, reports that the Tororo congregation hosted another Life Club (pictured above) in October 2016. Life Clubs have also been held at the GCI youth camp in northern Uganda.

For more information about Life Club, including how to start one and for a copy of the Life Club manual, email your request to geoff@geoffsole.co.uk.

Through the articles and sermons linked below, the March issue of GCI Equipper addresses various issues relevant to GCI’s journey of renewal in 2017 and beyond.

From Greg: Trends for churches in 2017
GCI Vice President Greg Williams looks at ten trends likely to impact the ministry of our churches in the year ahead and beyond.

How to conduct a community assessment
GCI Pastor Sam Butler outlines a nine-step process congregations can use to assess and thus engage their community.

Note: if you would like to receive Equipper automatically each month by email, you may subscribe by emailing Ted.Johnston@gci.org (put “subscribe to Equipper” in the subject line of your email message).

This is both a prayer request and and prayer report on behalf of Keysha Taylor, wife of Charles Taylor, lead pastor of one GCI’s Miami, Florida, area congregations. A few weeks ago during a surgical procedure, a growth was found in Keysha that contained leiomiosarcoma, a very rare and aggressive cancer. The growth was removed, but there was the lingering question as to whether or not more of the cancer was growing in her body. Prayer was requested, and just this week, Keysha had a PET scan to look for more of the cancer. We are prasing God that none was found! Charles sent us this comment before the scan was conducted:

We are truly believing that God revealed the cancer, healed her, and will be glorified in the process. We praise God for his loving miracle. Please pray that no more cancer will be found in her body, that the process with our health insurance will work out completely and that we can move forward in enjoying serving our wonderful God.

We extend our thanks and congratulations to long-time GCI-USA pastor David Perry and his wife Jonnie. Davd retired last week after 28 years and 8 months of full-time employment with GCI. 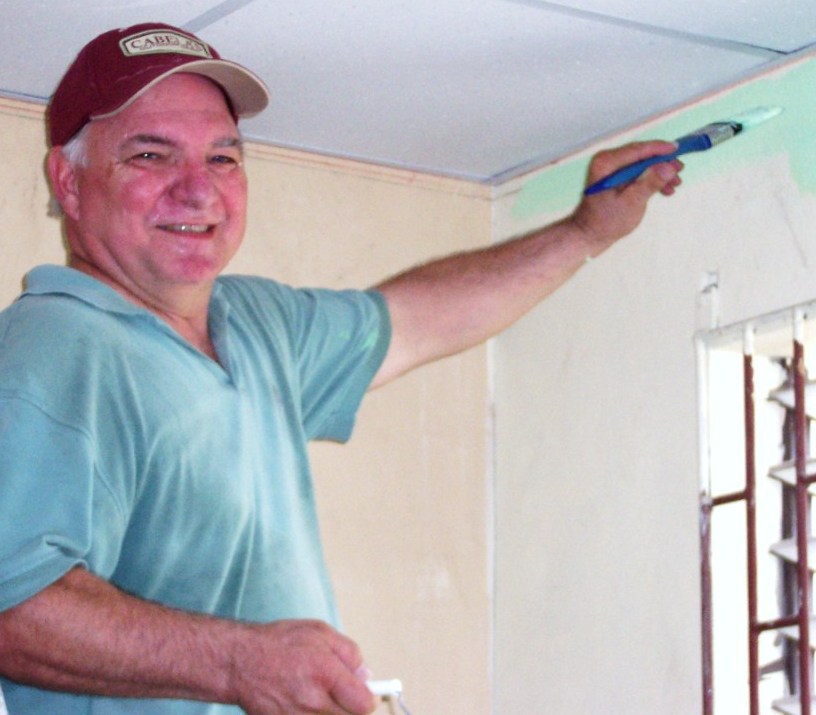 Dave, who grew up in Illinois, begin part-time employment with GCI in 1969 while a student at Ambassador College in Big Sandy, TX. Following graduation in 1973, Dave operated his own window cleaning company for several years. Ordained an elder in 1985, Dave was hired by GCI in 1988 to begin working full-time in employed ministry. He started as assistant pastor of the Charleston, SC congregation, then associate pastor in Savannah, GA, then senior pastor in Pasco and Quincy, WA. In 1996 he was transferred to Indianapolis, IN to pastor four congregations. He continued in that pastoral ministry until his recent retirement.

Upon retirement, Dave was replaced as senior pastor of the Indianapolis church by Josh McDonald. Dave will continue as a bi-vocational (volunteer) pastor, serving as the facilitator of GCI’s fellowship groups that meet in Terre Haute, Hope, and Lafayette, IN.

Here is a short video taken during the recent church service in Indianapolis in which Dave and Jonnie were honored for their many years of service to the congregation. This worship service was also the inauguration of the congregation’s new meeting location.

Several of GCI-USA’s newest pastors and pastoral residents were interviewed at the recent New Pastors Orientation Conference held at the Home Office in Glendora, CA. Here are videos of interviews with Pastors JoAnn Lagge and Steve Solari.