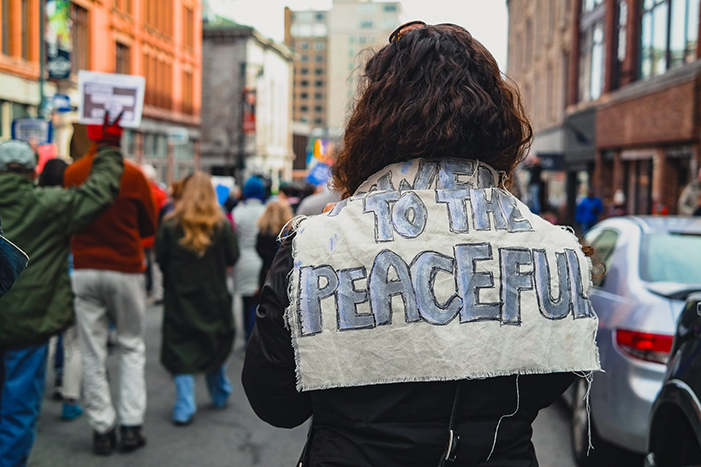 What does it mean to “think theologically” about current issues like politics, social justice, and worldviews? It begins with key questions: Who is the God revealed in Jesus? What is God’s nature? And what is God up to? These fundamental questions help us to think theologically and help form a foundation for informed conversations concerning societal issues.

Leaving God out of our thinking (or adding him when it suits our purposes), is the core issue facing a large part of our world (especially the English-speaking countries). Also problematic is an overarching under-developed view of God. Is it simple, perhaps naïve, for a Christian to believe that Jesus is the answer, no matter the complexity of the issue? When we plumb the depths of who Jesus is, then we know he is the answer; he is the deep, profound answer to complicated human issues. This doesn’t give Christians permission to stay uninformed about the world in which we live—rather, it challenges us to be aware of the times in which we live, while simultaneously being aware of the Lord’s presence.

What I often see in the news—especially among passionate Millennials—is that many conversations dealing with societal issues begin with the problem (be it abuse, injustice, or anything that “needs to be fixed”). The passion builds around the wrongness of the offense and is followed by a demand for action to fix the perceived problem. If God enters the conversation at all, the question is often: “How can a loving God allow such evil?” So where and how do we as believers enter the conversation and initiate a relationship?

You may recall the apostle Paul’s charge for the church to follow him as he followed Christ (1 Corinthians 11:1). The posture Paul took with the church at Corinth is applicable to the question “How do we gracefully and truthfully represent Jesus in the emotive polarized world of today?”

For our boast is this, the testimony of our conscience, that we behaved in the world with simplicity and godly sincerity, not by earthly wisdom but by the grace of God, and supremely so toward you. For we are not writing to you anything other than what you read and understand and I hope you will fully understand—just as you did partially understand us—that on the day of our Lord Jesus you will boast of us as we will boast of you (2 Corinthians 1:12-14 ESV).

Paul met questions and contentious issues head-on. He spoke confidently about his approach—the moral sensibilities of his conscience (a Spirit-guided sense of right and wrong), enhanced by his knowledge of God’s Word, and understanding the mind of Christ. It was from this platform that he shaped his conduct and communication in his relations with the Corinthians.

There are three important things to note about Paul’s conduct.

Paul’s letters matched his conduct: simple, sincere, and filled with God’s grace (I suspect that you notice in Paul’s tone that he operates out of “High Support”—love for the brothers and sisters and their best interest, and “High Challenge”—not backing down from ungodly behavior and failings within the church). Paul had no hidden meanings or ulterior motives in his correspondence with the Corinthians. With Paul, what you see is what you get, and he was the same way in his letters.

Paul knew that he had been more corrective with the believers in Corinth than with any other church, but he also believed his sincere motives and genuine love would win them over in the end. Compelled by the love of Jesus, Paul was tenacious and unrelenting in pointing them to Jesus. I believe his hope was that they would eventually come to vindicate him and even boast of him in the day of the Lord Jesus.

My final thought is this: As followers of Jesus, Christians are uniquely empowered to display patience and tolerance. This is because we are well-founded in our relationship with Jesus and we know the convictions for which we stand. And just like the apostle Paul, our goal is about winning people, not arguments. We, who have been transformed by God’s grace, can operate out of the posture of grace no matter what the social climate brings.

Living in that posture in grace,
Greg Williams

12 thoughts on “The Posture of Grace”