Mr. Grant is the father of Tommie Grant, Jr, pastor of Ladson, SC. We share in their grief and in their hope of resurrection.

The following is the obituary shared with Update from his family. 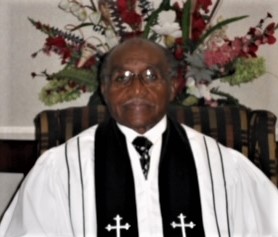 Elder Grant attended and graduated from the public schools of Holly Hill, SC. He was married to Josephine (Holman) Grant on December 22, 1949. He became a Union Hill Missionary Baptist Church member at an early age and served as a deacon. Later, he became a member of Grace Communion Ladson, where he was a faithful servant for more than 50 years. Elder Grant served as a pastor until his retirement.

Elder Grant was a businessman, a community leader, and advocate, particularly for the underserved. He had a passion for education and served in various roles, include Holly Hill School Board member and PTA President. He was a skilled tradesman in carpentry and brick masonry. He used both skillsets effectively to help his neighbors over the years. As a foreman with strong leadership skills, he led various teams in both trades to do the same.