The ongoing creation versus evolution debate made the news recently when Ken Hamm, a prominent proponent of young earth creationism, debated Bill Nye, known popularly as “the science guy.” Though lively, I thought the debate was inconclusive. 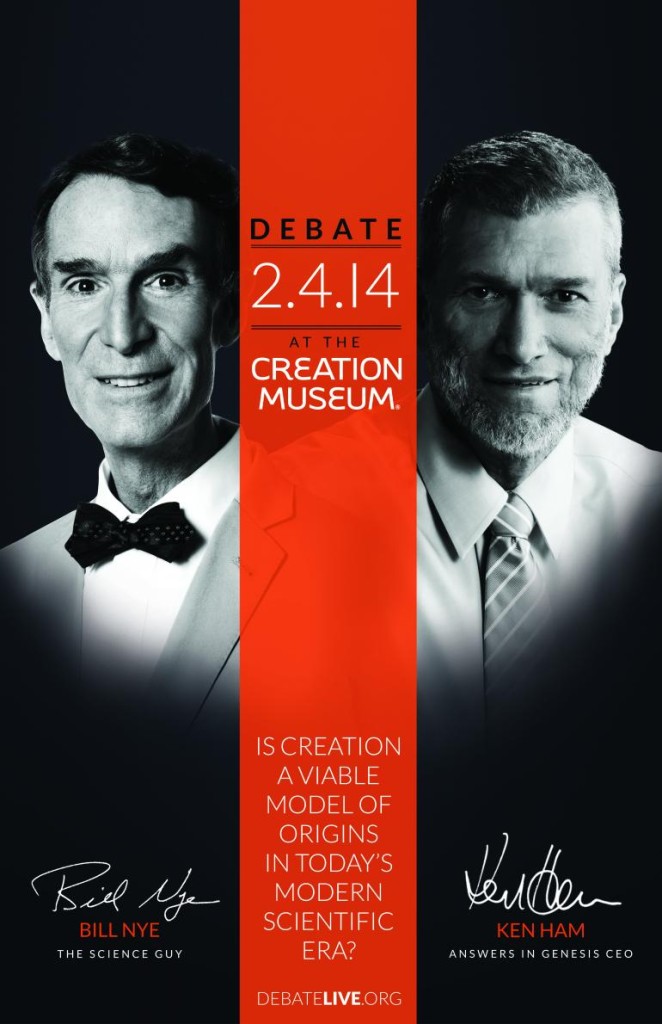 I’m often asked, “Does GCI believe in creation or in evolution?” While I appreciate the question, and mean no disrespect, I believe it’s the wrong question in that it implies that one must choose between the two. Behind this question is often the false assumption that theology and modern science are hopelessly at odds. But GCI’s view is that good theology and good science harmonize. Let me explain.

We uncompromisingly declare that God is the creator of all things and that in his divine freedom, he could have accomplished his creating in any way he chose. We also recognize that God created a universe that allows for scientific investigation. As a result of that investigation, evolution has become the predominant scientific paradigm to account for the diversity of life we observe in the universe.

Though there are many issues concerning the theory of evolution yet to be fully resolved, we can acknowledge that evolutionary processes were involved in the development of life. However, a naturalistic explanation for the origin of life is a much more complex issue and most scientists admit that they do not know how life originated. Creationists tend to seize upon this admission, declaring the theory of evolution to be hopelessly flawed and insisting that God created all things using only supernatural means. But what many people on both sides of the debate often overlook is that God’s supernatural involvement in the creation of the cosmos is outside the realm of scientific inquiry. Whereas science appropriately investigates the natural world, life’s ultimate origin falls in the realm of theology. When these distinctions are respected, there need be no conflict between the two disciplines. When conflict does arise, it tends to be because scientists are making theological claims or theologians are making scientific claims (or both).

Sadly, some Christians fall prey to the false belief that science is the enemy of faith. As a result, they feel they must deny that there has been any evolutionary development of life, insisting that evolutionary theory is in direct conflict with the Bible. Equally sadly, many scientists claim that because nature developed through evolutionary processes, belief in a creator God is wrong. But to believe that God created all things (however he did so), is not foolish or ignorant, and to account for the evidence of science concerning the natural world is not anti-God and anti-Science. Many theologians and scientists (including some of both in our fellowship) see no contradiction between what the Bible reveals about God as creator and what science can legitimately say about the development of life through evolutionary processes.

As we read the creation accounts in Genesis, we understand that the main point being made is that God is the creator of all that is. This fact is much more important than the details of how or when he created. Given that the creation accounts do use poetic literary devices, they may be read in varying ways—including ways that do not conflict with the evidence that God has given us in the natural world. You can look at that evidence and come to your own conclusion. Doing so does not affect the gospel that we preach or the way that we live. Three books that are helpful in sorting this out are Three Views on Creation and Evolution, Four Views on the Historical Adam (both from Zondervan) and Mapping the Origins Debate: Six Models of the Beginning of Everything (from IVP).

Unfortunately, some scientists (like Richard Dawkins, who is part of a group known as the “angry atheists”) make strident claims against faith having little to do with science. If you’d like to understand more about their claims, I recommend two books. One is The Dawkins Delusion? by Alister and Joanna McGrath. It responds to Dawkins’ book, The God Delusion. The McGraths are well-placed to refute Dawkins’ claims against faith. Once an atheist himself, Alister earned a doctorate in molecular biophysics before becoming a leading theologian.

In a review of the McGraths’ book, Michael Ruse, an atheist and a professor of philosophy at Florida State University, wrote this: “The God Delusion makes me embarrassed to be an atheist, and the McGraths show why.” Here, from Preaching magazine, are quotes from other reviews:

In their concluding observations, the McGraths ask: “Might The God Delusion actually backfire and end up persuading people that atheism is just as intolerant, doctrinaire and disagreeable as the worst that religion can offer?”

Dawkins seems to think that saying something more loudly and confidently, while ignoring or trivializing counter evidence, will persuade the open-minded that religious belief is a type of delusion. Sadly, sociological studies of charismatic leaders—religious and secular—indicate that Dawkins may be right to place some hope in this strategy. For the gullible and credulous, it is the confidence with which something is said that persuades rather than the evidence offered in its support.

Yet the fact that Dawkins relies so excessively on rhetoric rather than evidence that would otherwise be his natural stock in trade, clearly indicates that something is wrong with his case. Ironically the ultimate achievement of The God Delusion for modern atheism may be to suggest that this emperor has no clothes to wear. Might atheism be a delusion about God?

Another book I recommend is The Devil’s Delusion: Atheism and Its Scientific Pretensions by philosopher and mathematician David Berlinski. A reviewer of the book wrote this:

Berlinski takes on the growing crop of smugly swashbuckling non-believers, including the likes of Christopher Hitchens, Sam Harris and Richard Dawkins and teaches them a thing or two: namely, that dismissing religion doesn’t make you sound tough or “scientific.” It makes you sound small-minded and illogical. Believe what you will, argues Berlinski, a Princeton PhD and self-labeled “secular Jew,” don’t act as if atheism is superior to religious belief.

The world needs more believing scientists who can work within their disciplines while maintaining a firm faith in God. We need to teach our young people that it’s not an either/or situation that necessitates either/or decisions. They need to know that there is no need to hold a pre-modern, anti-scientific worldview in order to be faithful, Bible-believing Christians. And they also need to know that the discredited, recycled arguments of the angry atheists need not shape their worldview.

Your brother in Christ,

10 thoughts on “Creation vs. Evolution”