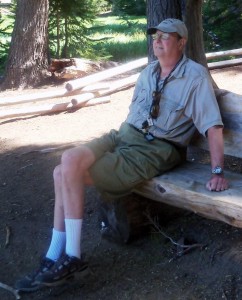 Bernie Schnippert, who recently retired as GCI’s General Counsel, grew up in Pittsburgh, Pennsylvania, where, at age 11, he began attending WCG church services with his parents, Bernard and Irene Schnippert, and his sister, Karen. After high school, Bernie entered Ambassador College in Pasadena, California. He graduated in 1971.

A tall man at 6 feet, 9 inches, Bernie says his life has been greatly affected by his height. “I always feel conspicuous when I walk into a room because people tend to stare at me because of my height, and someone is always bound to approach me and ask how tall I am and whether I play basketball. If I hadn’t been in the church, I probably would have pursued basketball more wholeheartedly. I couldn’t do that, of course, because of the church’s former teaching about strict Sabbath observance.”

Bernie met Arlene Pratt of McMinnville, Oregon, at Ambassador College. They married shortly after graduating. “Arlene has been my partner and soul mate through this entire journey over the past 43 years,” Bernie says. “The joys, the highs, the sorrows, the lows. We have experienced it all together, and I could not imagine life without her. We have three daughters, Crystal, Amber and Coral. Our lovely daughter Amber died a year ago from breast cancer. We also have four wonderful grandchildren. Crystal’s children, Clint and Heather, are 17, and Julia is 13. Amber’s daughter, Megan Patrick, is seven.”

Regarding his service in the church, Bernie says, “I have had absolutely awesome opportunities afforded me over the years. I entered the Canadian pastoral ministry about a year after graduation from college. I pastored in Calgary, Alberta; Edmonton, Alberta; and then in Las Vegas, Nevada, before being transferred to Pasadena in 1987.”

At church headquarters in Pasadena, Bernie served as Director of Media Operations before being appointed in 1995 as Treasurer and finally as General Counsel in 2005. “Bernie was a talented and creative church pastor serving our Las Vegas congregation when we asked him to come to HQ to combine all the church’s editorial, publishing and broadcasting functions into one coordinated media operation,” recalls GCI President, Joseph Tkach.

With a tenacious love for learning, Bernie holds both a Juris Doctor degree and a Ph.D. in Management and Administration. Dr. Schnippert has also been an active member of the California State Bar since 1992. “Bernie is one of the most devoted, trustworthy and hardest working people I have ever known,” said retired GCI vice president Mike Feazell. “We met during my sophomore year of college when we lived in the same dorm, and I was immediately impressed with his honesty, his positive outlook on life and his ‘let’s find a way’ approach to challenging projects. People used to call us ‘Mutt and Jeff’ because of our difference in height. Bernie has never ceased to be a faithful and dependable friend.”

Looking back over his career in the church, Bernie said, “The most important contributions that I feel I have made to the church are the successful sales of the Big Sandy and Pasadena campuses during a critical period in the church’s spiritual journey and establishing a sound employee retirement plan.” GCI Treasurer Mat Morgan said, “Working at first for Dr. Schnippert, and then alongside him, during those challenging years afforded me a depth of rich experience that helped prepare me for the work I’m doing now. I count it a blessing to have worked so closely with such a dynamic personality.”

Dr. Russell Duke, President of Grace Communion Seminary, said, “We herald Dr. Schnippert’s decades of service in helping the church and its educational institutions work through challenging transitions, including his assistance in preparing our seminary to meet the legal standards of accreditation. Thank you, Bernie!” 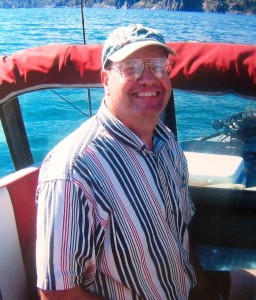 Bernie isn’t all work. “Until I got sick,” he explains, “my passion was fishing and camping. But now that I am mostly confined to my home, I’m back into ham radio, which has been a hobby of mine since I was 12 years old.”

Bernie has been battling a slow-moving carcinoid cancer, a major factor in his decision to retire.

“I want to thank all the people over the years who put their trust in me and afforded me opportunities to serve in so many different capacities,” Dr. Schnippert said. “It has been an exciting, sometimes even wild ride, and it has been my hope and prayer that my contribution to the Church has been a positive one.”