This report is from GCI Mission Developer Rod Matthews who works in South Asia and the Pacific. 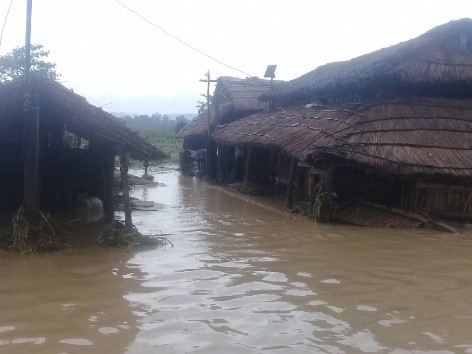 Along with Northern India and Bangladesh, the country of Nepal was inundated by flooding resulting from exceptionally heavy monsoon rains. Over 100,000 were displaced in Nepal by the flooding. Many of the villages, scattered throughout mountainous areas, and in the plains of Southern Nepal, were devastated.

Our ministry partner in Nepal, Deben Sam, reported that the flooding destroyed food, clothing and household goods along with sources of income including rice fields, chickens, goats and fish. Books and other educational materials used by the children in their schooling were also destroyed. Many dozens of church members in the congregations Deben works with suffered such losses. 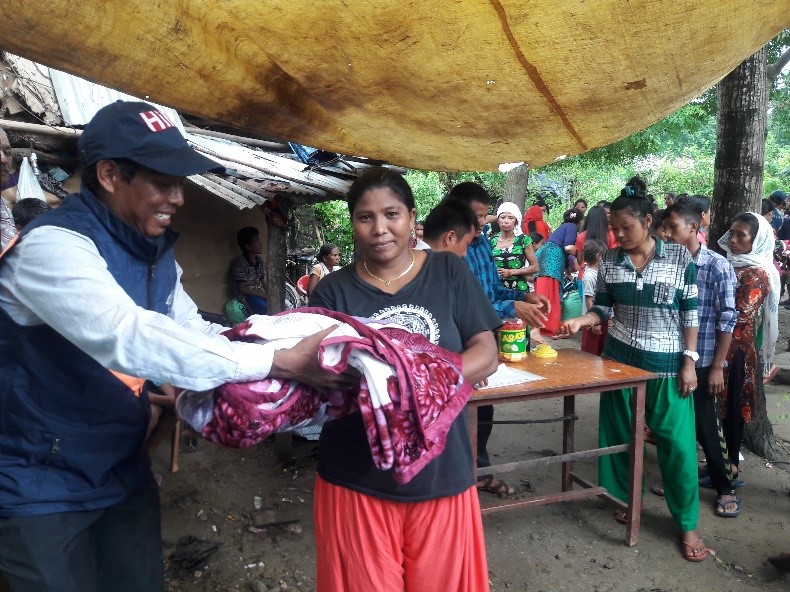 Deben immediately initiated an emergency relief program starting with the affected church members in five locations. GCI sent emergency relief funds to help. Deben was most grateful to our members in the USA for their contribution from the GCI Emergency Assistance Fund, along with ssistance from GCI in New Zealand, India and Fiji.

In addition to the personal losses for the dozens of members affected, in Chitwan, the church building was damaged and because the river had changed course, it was not possible to rebuild the church in the same location. In Makwanpur, the church had established a chicken farm to generate income from the community, so they could become financially self-sustaining, but this too was destroyed. Milanchok’s church building was damaged and a simple structure needed to be built so members had somewhere to meet again.

The summer months in Nepal are usually dedicated to conducting the Mobile Bible School in selected mountain villages. This year, Deben and his team have had to deal with the added pressure of this natural disaster. He is most appreciative that so many people in many parts of the world pray for him and for those God is serving through him as a result of the long partnership with GCI.