We were saddened to learn of the recent death of Sam Templeton, former pastor of GCI’s congregation in Cambridge, Ohio. 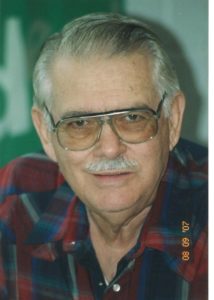 A long time member of GCI, Sam (pictured at right) was baptized in 1966 and first attended WCG in Wheeling, WV. Sam was a founding member of the WCG/GCI congregation in Cambridge, OH, where he served as a deacon, elder and lead pastor. Due to declining health, Sam retired from serving as lead pastor in 2005.

A US Navy veteran, Sam was employed as a deputy sheriff and a private investigator. He was widely known and highly regarded, and will be missed by many, including the GCI members in the area.

Sam is survived by his wife Dorothy, who lives in Woodsfield, Ohio.

4 thoughts on “Death of retired pastor”