New Life Christian Fellowship, GCI’s congregation in Surrey (Vancouver) Canada, recently held a special worship service and fellowship event to which they invited anyone who had ever been associated with the congregation. Over 100 attended, with about half being guests.

The special guest speaker for the service was Ryan Walter (pictured below), a committed Christian and professional hockey player who played four years with the Washington Capitals, nine with the Montreal Canadiens, and two with his hometown Vancouver Canucks. Ryan was part of the 1986 Canadiens team when they won the Stanley Cup. Ryan presented an interesting and scripturally sound message about the importance of building an effective congregational team, drawing lessons he learned as a Christian hockey player. He trusted the audience enough to pass around his diamond encrusted Stanley Cup ring. 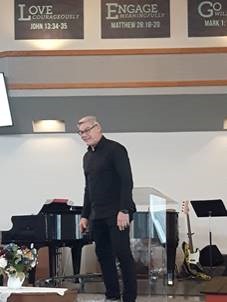 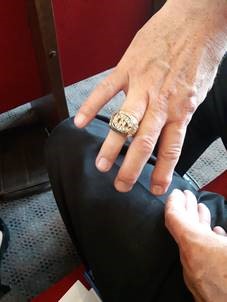