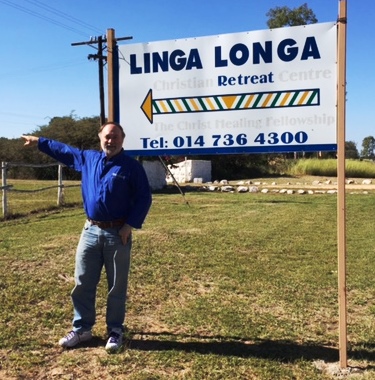 Last week I reported on two GCI conferences I attended recently in South Africa. The first was for our International Mission Developers who met in Johannesburg with some of our national leaders and representatives from our home office. The second (called the Pan-African Conference) was for our pastoral leaders from throughout Africa who met in Bela-Bela (north of Pretoria) with those who attended the first conference.

We met for the Pan-African Conference at the Linga Longa Retreat Center, which is operated by our South Africa churches (that’s me at right, pointing the way in). The conference started Thursday evening and continued through Sunday, with about 110 attending conference sessions and over 170 at the Sunday worship service.

Among other topics, the conference addressed how the Holy Spirit affects traditional African religion, church planting, updates from various African regions, ministerial training and education, children and youth ministry, and a Q&A on how to teach GCI beliefs. It was a grand event!

Spending time with our wonderful pastoral leaders from Africa (pictured above and at the end of this letter) was a reminder to me of the value of viewing church leaders as faithful shepherds of God’s flock. This imagery is common in Scripture.

In the ancient middle-east, raising sheep and goats was an important part of the economy (it still is today). Sheep, goats and chickens were some of the first animals to be domesticated. Fairly low maintenance (“easy keepers,” we’d say), they yielded a high return for nomads and people with a more settled agricultural lifestyle. As noted in the Baker Encyclopedia of the Bible, the term shepherd was used historically (including in the Bible) to refer to leaders:

Because of the fundamental role of shepherding in the ancient world, the word “shepherd” became a common term for a ruler. The kings of Assyria, Babylon, and Egypt were often referred to as shepherds who protected their people. This imagery formed the background for the Old Testament, where the same usage is found. God is pictured as the shepherd of Israel, concerned for every aspect of his people’s welfare. Rulers and leaders of the people are often referred to as shepherds (cf., e.g., Numbers 27:17; 1 Kings 22:17; Jeremiah 10:21; 12:10; 22:22; 23:1-2).

Though in our day it’s popular to think of sheep as dull or silly, studies show that they are actually quite intelligent. The Bible talks about sheep as hearing the master’s voice—able to distinguish their shepherd from all others. The Bible uses sheep and shepherds as metaphors to portray two truths: the helplessness of humanity to save itself, and the goodness of God, who lovingly cares for his sheep—especially those that are lost. The New Testament refers to Jesus as “the good shepherd” (John 10:11), “the great Shepherd” (Hebrews 13:20) and “the Chief Shepherd” (1 Peter 5:4). To serve his flock, Jesus calls some people to serve as under-shepherds (called pastors)—joining with him in leading, protecting, feeding and caring for his sheep, including seeking after those that have gone astray.

I realize that serving with Jesus as an under-shepherd is not always easy. When I travel and meet our pastors around the world, I’m reminded of the struggles they face daily. In some cases we can offer them material assistance, and in all cases I try to give them encouragement by reminding them that they are constantly in our thoughts and prayers. They are not alone.

Like us, Jesus had many struggles, including conflict among his first disciples. Yet he shepherded them sacrificially: “I am the good shepherd; I know my sheep and my sheep know me—just as the Father knows me and I know the Father—and I lay down my life for the sheep” (John 10:14-5). He also said, “My sheep listen to my voice; I know them, and they follow me. I give them eternal life, and they shall never perish; no one will snatch them out of my hand” (John 10:27-28). He then spoke of them as the Father’s gift to him (John 10:29). Such statements reveal the heart and the commitment of our Chief Shepherd—the heart and commitment shared by his faithful under-shepherds.

The Christian life is not only knowing about our union with Christ. It’s also about living into that union, in communion with the Father, Son and Holy Spirit. As pastors, we’re called to lead people in the way of communion—joining with Jesus, the Chief Shepherd, in caring for his flock. I’m thankful for the shepherd-leaders that our triune God has provided within GCI, including those I met with recently at our Pan-African conference. I ask that you join with me in not only in praising God for these pastoral leaders, but also in praying for them.

PS: On our way home from South Africa, Tammy and I joined GCI’s Northampton, England, congregation in celebrating its 40th church anniversary. Over 160 attended a service with great singing and special music from two choirs. Roger Clark, John O’Donovan and Maggie Mitchell did an extraordinary job planning and coordinating the event.

Here are pictures of some of the shepherd-leaders who attended the Pan-African conference:

Here are excerpts from the May 2015 Update from the National Association of Evangelicals.

Last week, U.S. Supreme Court heard oral arguments in Obergefell v. Hodges, a case that will determine whether states have the right to define marriage and to decide whether to recognize same-sex marriages performed in another state. The NAE filed an amici brief in the case, called for prayer and joined a recent letter defending marriage and the right of religious freedom.

Christian Persecution in Kenya and Libya

The NAE grieves the recent loss of lives in Kenya, where gunmen targeted Christians killing nearly 150 students at Garissa University, and in Libya, where the Islamic State killed several Ethiopian Christians. NAE President Leith Anderson said, “Christians have become the most persecuted people of faith in today’s world. From almost every nation in the world we hear reports of those who are threatened and injured because they are followers of Jesus.” (read the NAE press releases on Kenya and Libya)

On the 45th anniversary of Earth Day (April 22), the NAE released results from its survey that focused on the government’s role in cleaning up the environment. (read more)

Protecting the Unborn From Toxic Chemicals

Galen Carey, NAE vice president, and Mitch Hescox, president of the Evangelical Environmental Network, sent a letter to ranking members of the U.S. Senate Committee on the Environment and Public Works regarding the Frank R. Lautenberg Chemical Safety for the 21st Century Act. They ask the senators to include protections for unborn children in the legislation. (read the letter)

Webinar for Pastors on Immigration

On May 19 at 2 p.m. EDT, the Evangelical Immigration Table will host a free webinar for pastors and Christian leaders with Ed Stetzer, executive director of LifeWay Research and NAE board member. The webinar will focus on new survey findings about evangelicals and immigration, as well as resources for pastors and church leaders. (register now)

In GCI we baptize both believers and infants. When the person being baptized is a minor, certain approvals are necessary as noted in section 3.7 of the GCI-USA Church Administration Manual:

GCI’s various baptism ceremonies can be downloaded at http://www.gci.org/pastoral/ceremonies.

Here are other GCI resources on the topic: 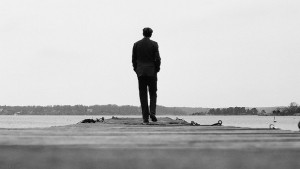 In a recent post on the Exchange Blog entitled, “4 Necessary Mindsets for Developing Transformational Leadership,” Ed Stetzer of LifeWay stated this:

I am convinced that gifted and well-equipped leadership is absolutely essential for every church. Biblical leadership is taught clearly in the Scriptures but perhaps often lost in the application of the local church.

Howard, who was a GCI member, was born in Holly, Michigan, in 1946. He graduated from Grand Blanc High School and in 1965 married Susan Lynn Rainbolt. He retired in 1994 from GM’s V-8 Engine Plant.

Cards to David and his family may be sent to:

Prayer is requested for Charles Taylor, lead pastor of GCI’s congregation in Miramar, Florida (Miami area). On May 11, while cooking dinner, Charles suffered severe burns to his forearm and hand from a stove fire. It appears that he has some nerve damage. Charles’ wife Keysha gave this report:

Charles was transported to Ryder Trauma center at Jackson Hospital in Miami. The pain meds they are giving him are really strong, so he’s nauseous, but otherwise comfortable. He was originally scheduled for surgery on May 12, but they are holding that off for at least a day. Praise God—the area to be grafted is getting smaller because his skin is healing itself!

Cards may be sent to Charles and Keysha at:

Thanks for your prayers for Arlen Bryant who pastors GCI’s church in Cookeville, Tennessee. As announced in an earlier prayer request, Arlen has a brain tumor. It was removed in surgery a few days ago. It appears that the tumor is cancerous. Not all of it could be removed and so he will likely be having follow-up radiation and chemotherapy. Please continue to pray for Arlen and his wife Jean and for the Cookeville congregation.

GCI in Spain extends to GCI members and friends a warm invitation to come to Majorca this fall for a worship festival celebrating God’s love and grace in Christ. The festival will be held at the Barcelo Ponent Playa Hotel (pictured below). For additional information, including the offer of an early-bird registration discount, click here. 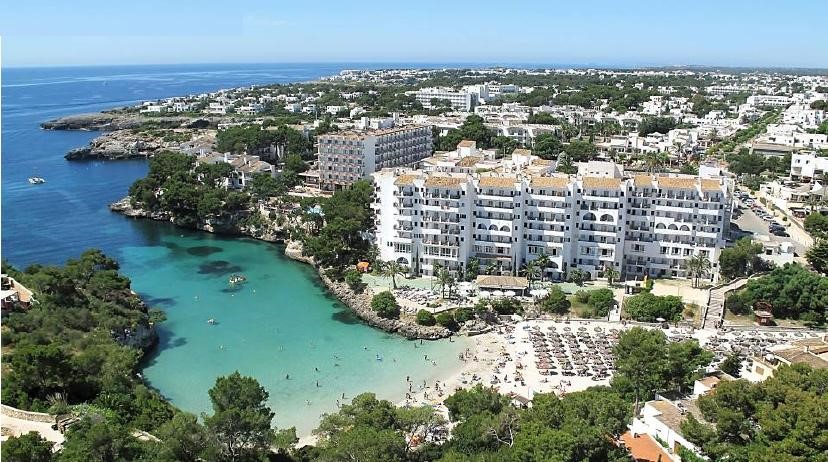