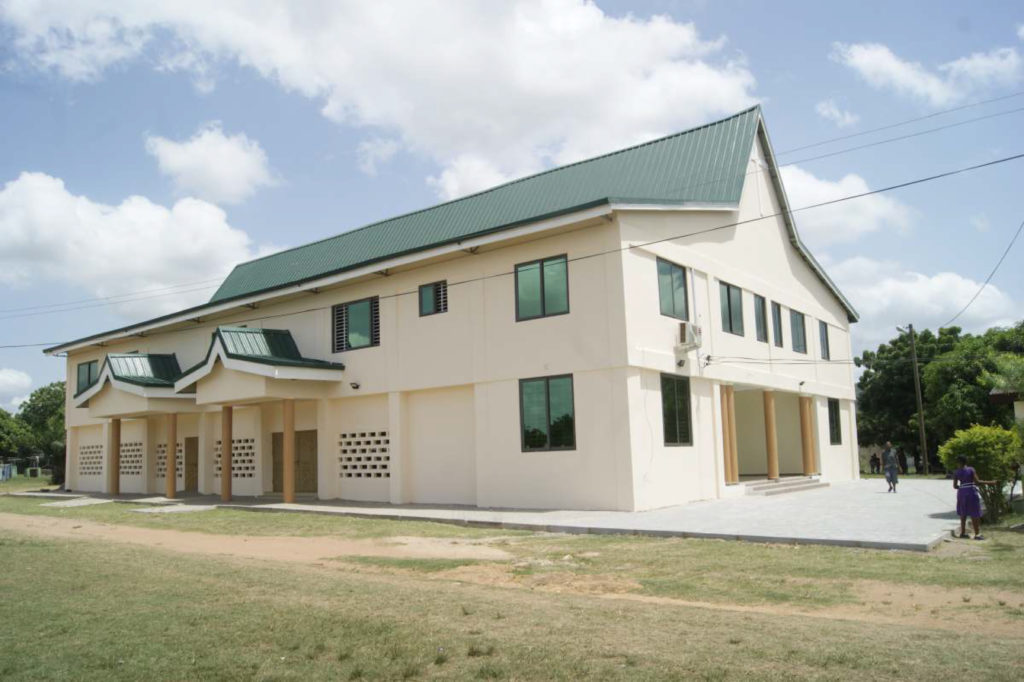 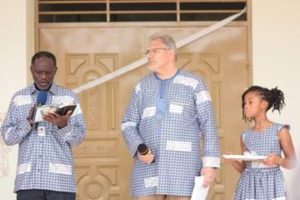 On Resurrection Sunday, April 21, 2019, history was made when the President of Grace Communion International, Dr. Greg Williams, unveiled the commemorative plaque to officially dedicate Ghana’s GCI Church Auditorium on the church’s 15-acre property at Kutunse, 20 kilometers north of Accra, Ghana’s capital city. The facility, which was started in the early 1980s as a small meeting place for Spokesman’s Club, has undergone several changes, climaxing in its current two story 1,000 seater capacity form. It was funded from donations from our members in Ghana and from resources of the national church.

Pastor Williams, in dedicating the facility prayed for God’s blessings on the members who would use it for God’s glory. He was assisted by Pastor 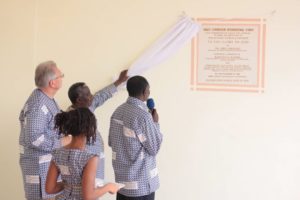 Kalengule Kaoma, GCI Superintendent of African Missions and me.

Prior to the dedication, Pastor Kaoma officially unveiled the GCI Africa cloth which was “outdoored” and used for the Resurrection Sunday service, which was attended by 585 members (including 104 children). 374 members participated in the Communion service that was led by Pastor Takalani Musekwa.